2-QB System is “Strong” in Texas

Last night was a great night for college football. Notre Dame and Texas played a football game at an extremely high level and both teams comported themselves well. Notre Dame showed that they will be a tough out all season and Texas seems to have made a statement of arrival as a Big 12 contender.

It was an evenly matched game all night. Both teams went back and forth showing their ability to be dominant. But in truth, this game came down to one team handling their personnel moves better than the other. 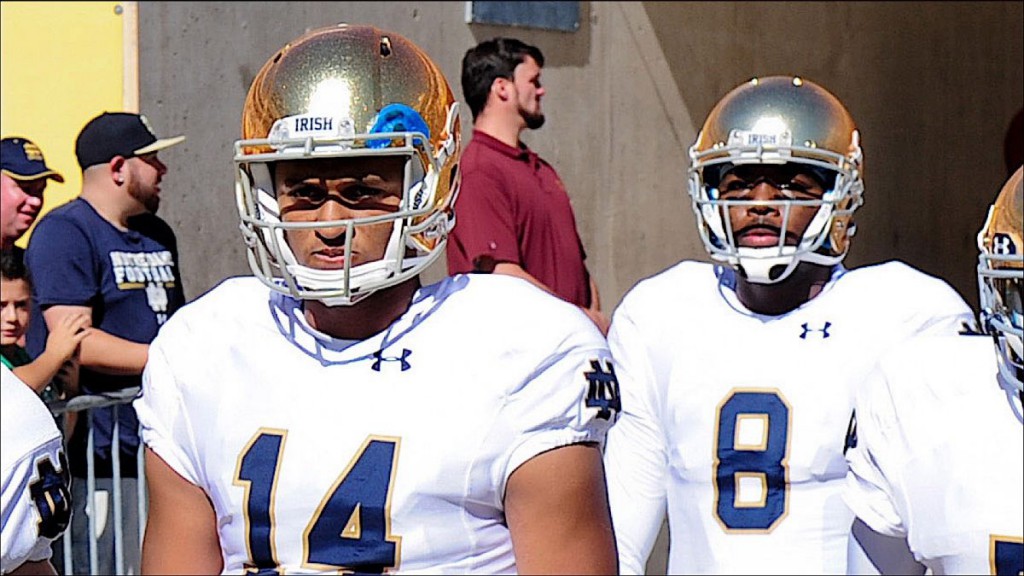 Unfortunately for the Irish this is where the similarities in game planning ends. Kelly decided to simply roll both quarterbacks out with the same game plan despite their obvious differences and decide “by the flow” of the game who would play more.

Why was this a problem? Because it left both quarterbacks unsettled and you could see it early on from both guys. Neither wanted to make mistakes for fear that would be their last opportunity to play, and that fear came true.

A game plan that was clearly better suited for Kizer didn’t take advantage of Zaire’s unique abilities with his legs. There was no differentiation in the play calls when Zaire was behind center as opposed to Kizer. So when Kizer had more success, and Notre Dame found themselves down double digits, they scrapped the two-quarterback plan and rolled with the hot hand. It was not hot enough. 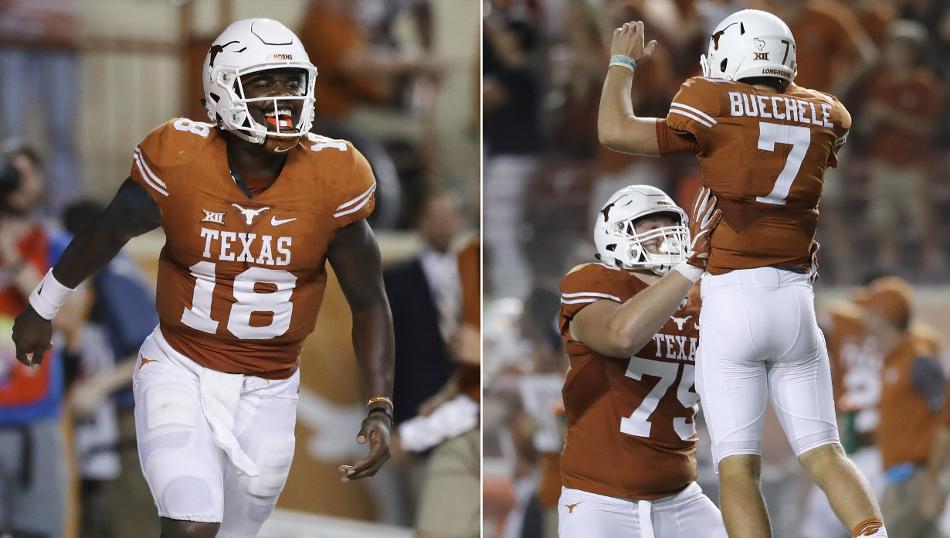 On the Texas side, coach Charlie Strong made it known that the freshman Buechele would be the future and present for the Longhorns. He also made it clear that Tyrone Swoopes would have a definitive role in the offense.

During the game, both came in and performed confidently. More importantly, when the Longhorns lost their lead and their backs were against the wall, there was not panic by Coach Strong, his staff, and the quarterbacks. Because they were both used for their particular skill sets, they were both still used heavily at the end of the game and both contributed to the upset victory.

One coach created controversy, and most likely dissension when a final decision is made on a quarterback. The other coach created harmony and teamwork. There’s no doubt the Irish will be fine but for one week the decisions made off the field ruined their chance for victory on it.

Notre Dame used two quarterbacks in their system. Texas had a two-quarterback system. They sound the same but trust they are completely different.