3-Round Bucs “What If” Mock Draft

So many drafts are dependent on who is available when a team picks. With the Buccaneers holding the 19th selection in the 1st Round of the 2017 NFL draft, they must be prepared to draft multiple positions dependent upon need and their board rankings.

This three-round mock takes a look at the first of five scenarios that the Bucs can find themselves in on the first two nights of the draft. 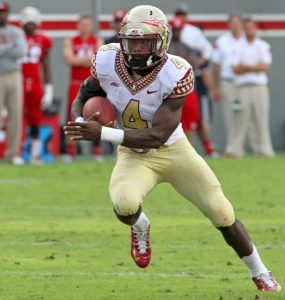 Just to be clear, this is the fans pick. And while this is a fantastic pick, I don’t believe that the need is so high it needs to be addressed in the first round of one of the deepest RB drafts in recent memory. Cook has familiarity with quarterback Jameis Winston and placates a strong Florida State fan base located in the Tampa Bay area. On the field, Cook gives you all the components of a modern day NFL back. In fact, he is a perfect mix of the number one and two backs for the Bucs last season in Doug Martin and Charles Sims. He provides that home run hitting element that has been missing from the Tampa Bay offense out of the backfield.

Harris is a fast twitch, speed rush defensive end who could also be a wide-9 edge rusher. 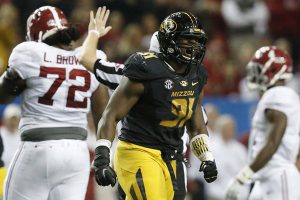 His athleticism at the position is consistent with the additions the Bucs have made over the past two seasons. Harris bridges the gap between the pure pass rushing specialist the Bucs currently have in 2016 2nd round pick Noah Spence and 2015 leading sacker Jacquies Smith, and the more run stuffing ends like veteran Robert Ayers and William Gholston. If the Bucs add Harris and remain healthy, their defensive line could make a leap to one of the more dynamic and deep lines in the NFL. Harris has great bend and plays with excellent pad level which allows him to win in one on one situations. He also brings the added bonus of a successful track record of defensive end production from Missouri and their seemingly relentless motors. 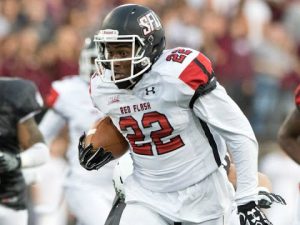 The Bucs have been unsettled at the safety position for years. Some would say since the days of John Lynch but they have a chance to get a first round talent in the third round with Jerome. He is a prospect who can be equally comfortable at free or strong safety and therefore fulfills a great role for the Bucs. He also possesses the athleticism to play in the slot as a nickel and increase the physicality in that package. The cherry on top for the Bucs is that Jerome adds another guy who has return capabilities. The Bucs have already proven they are willing to forgo the big name programs to find talent like they did a couple years ago with guard Ali Marpet. Jerome will bring a ball hawking mentality to a defensive backfield that still needs to improve their takeaway numbers.