FBGP’s 1st and Forever: A Ball?

FBGP’s 1st and Forever: A Ball?

I want to make sure that I am processing this correctly. I would never want to be accused of jumping to conclusions based off a few words. Contrary to popular belief, everyone doesn’t wake up, roll over and open Twitter, but when I did get around to it and then Facebook, I noticed an overwhelming amount of talk about the Patriots and this “ball” issue. Last week it was a “formation” issue and this week it’s what… balls? Really? 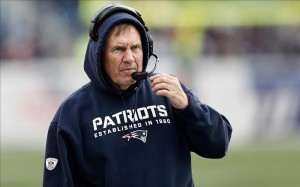 It has become customary to follow any big Patriots win with some type of reference to cheating. Ever since Belichick-disciple, Eric Mangini, snitched on his former employer and gave birth to the most ridiculous name for a scandal ever “Spygate”, the conspiracy theorist and resident foil hat wearers have been chomping at the bit to devalue every accomplishment earned by New England. They throw something out there about cheating and hope it sticks with phrases like: “They’ve done it before” or “You can’t put it past them.

These accusations and comments are really sad. Mostly they are made by sore losers who can’t just accept the fact that, on that particular day, and quite honestly most days, they were just beat by a better team. What a novel concept, admitting that your opponent was just better than you. Not saying things like: “Well, we didn’t play our best today” or “We let one get away” or even bolder, “We were the better team!”

To accuse a team of cheating is to accuse them of not having a belief that they can beat their opponent without cheating. Bush league! 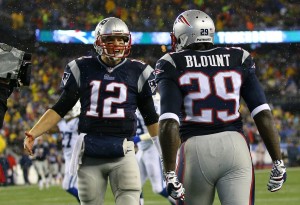 winning. It devalues the countless amounts of hours game-planning, practicing, and preparing their bodies for the task ahead. Bush league!

To accuse a team of cheating is a cheap, lazy, and child-like way of comporting oneself after a contest is over. Bush league!

So, New England’s balls were responsible for a 45-7 beat down which could have easily been more lopsided?

So, New England’s balls caused Andrew Luck to complete 36% of his passes and throw two interceptions and no touchdowns?

So, New England’s balls forced Adam Vinatieri to miss a field goal after going 30-31 in the regular season?

So, New England’s balls made Greg Toler, a cornerback, the leading tackler for the Colts? 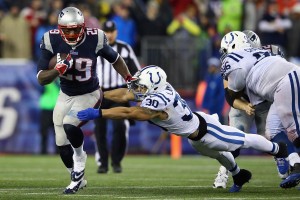 I’m guessing the ball made LeGarrette Blount tear up the Indy defense for 148 yards rushing and 3 touchdowns.

“It” allowed Tom Brady to complete almost 66% of his passes and throw three touchdowns in a windy stadium with various bouts of driving rain.

Who knew a ball had so much power! I thought it was just a ball. Most likely so do the Patriots. I will be waiting on Sports Science to do a segment on the advantages of having a ball slightly deflated but I am very confident in saying that if you held a football inflated to the recommended level, then held a football that was slightly deflated you would not know the difference. 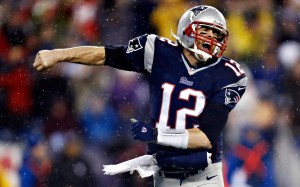 the Stylin’, profilin’, limousine ridin’, jet flyin’, chip stealin’, wheelin’ n’ dealin’, son’s of a gun! And they are having a hard time keep their feet out of the Super Bowl.

“Now give me two claps and a Rick Flair!”