Football doesn’t prepare you for everything but prepares you to deal with anything!

This America, our America, is one where anything is possible. It is a place where you are only limited by your imagination. It is a place where dreams are made into reality. In football this happens all the time. It does not matter where you are from. If you live in a small rural town or a big city, an affluent neighborhood or a poverty-stricken neighborhood, you find young boys who want grow into young men and achieve their dreams of being professional football players. 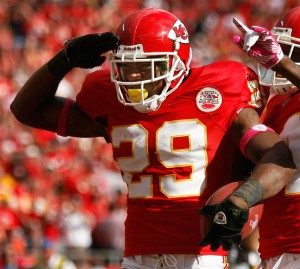 Unfortunately, in America anything is possible. The same way dreams come true, so do nightmares. Occasionally, those nightmares are recognized while young men are living their dreams. Life is fickle and it gives and takes at will. That was never more evident than when the news reports began to pour in about the Kansas City Chiefs’ spectacular safety Eric Berry.

Berry, who is only 25 years old, is already known as one of the best safeties in professional football. In only four seasons as a pro, he has been named to the Pro Bowl three times. The only reason it was not four is because he missed the 2011 season due to a torn ACL in September.

This is where the nightmare begins. As a football player, Berry and anyone else who plays the game at whatever level knows that they may have to deal with injuries sustained while playing the game they love; while living their dreams. This is a byproduct of the game; this is what Berry and anybody who plays signs up for. Nobody, and I assume Berry as well, thinks that they will have to deal with Cancer.

After a loss to the Oakland Raiders on Thursday night, which was enough to give anyone 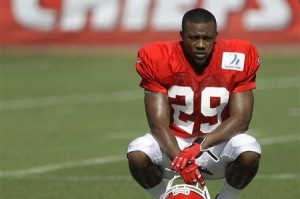 chest pains, Berry really complained about chest pain. When the team doctors examined him, they found a mass in his chest that they believe could possibly be lymphoma. Berry was immediately put on the season-ending non-football illness list. The nightmare is real.

Athletes know that injuries to their body can heal and they can rehab. There is normally a target date, something to strive for, a goal. Athletes are good with goals; they are very competitive and look to reach whatever carrot in front of them. The scary thing about the “C word” is that there is no timetable, there are no set standards of recovery. You just don’t know. The not knowing is hard for an athlete to process. It is hard to play through the whistle when you have no clue when the whistle is going to blow.

This Berry case is heart breaking. We can only hope that he receives great news. If he does not then he will have to lock in and find the focus and determination that got him to the NFL. The best thing about football players is that they are not afraid of hard work. Contrary to popular belief, football players didn’t grow up coddled or pampered. Football does not care where you live and what type of money you or your family makes. If you don’t work hard and grind through; if you don’t prepare yourself mentally and physically then football chews you up, spits you out, and moves on to the next young stud without an explanation. 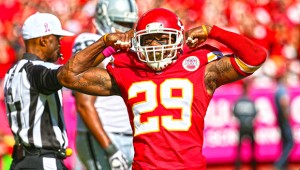 Fortunately Berry is one of the best to do his job and his job is demanding. Football has uniquely prepared him for this challenge ahead. There is no doubt that he will be focused on defeating or overcoming this obstacle. Our prayers will be with him.