The Pro Football Hall of Fame is a sacred place. It’s full of the majesty and fan fair that you would expect from the keeper of the NFL’s history. It is full of the greats who have shaped the game and left an indelible mark during their time in the pads and cleats.

This past weekend seven new white lights were forever illuminated as Derrick Brooks, Ray Guy, Claude Humphrey, Walter Jones, Andre Reed, Michael Strahan, and Aeneas Williams officially took their place alongside the game’s greats. Here’s the million dollar question; as you read through those names, did you think hall of famer? Every sport’s hall of fame is full of undoubted legends, but there are also some admissions that raise eyebrows. 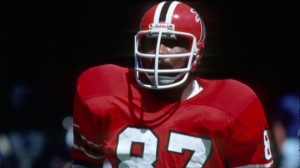 It’s not the aim of this column to discuss which inductees deserve their post, it is simply a suggestion to improve the process, help to eliminate doubt, and ensure that obvious hall of famers like Claude Humphrey and Ray Guy don’t have to wait years to finally hear their names called. It’s completely unfair to the player, who can’t truly be appreciated by the fans in his era. It’s unfair to fans today that may not have knowledge of players from earlier eras. It’s unfair to the hall because they have to re-educate the public on the inductees’ accomplishments instead of the public becoming nostalgic when hearing the name of the inductee.

The new philosophy for hall induction should be…

Of course it would take some time to catch up with years of backlog due to dilapidated thinking when considering nominees for induction, but once you do here are the particulars:

1. If a nominee is not elected in their first year of eligibility, then they are not elected.

What is there to think about? Nominees can’t improve their statistics once they retire. There is no way to create more impact or memorable moments from the stands or their favorite recliner. Every time Brett Favre made the decision to retire, he did so knowing that five years later he was going to be inducted into the hall. Nothing he has done since leaving the game has changed that. The only thing his indecisiveness was successful in doing was changing his induction date.

2. There is no limit to the number of players inducted each year.

If there are 15 nominees that are deserving of the hall of fame, then they should not have 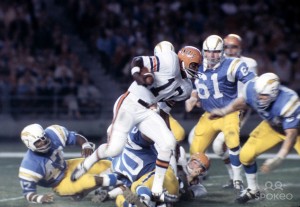 to wait. At the current rate, some of those 15 nominees would have to wait for over 10 years, once they are eligible, to finally be recognized.  If 15 years passed, now they are being greeted by a completely different generation of fans.

3. There is no mandatory number of inducted players each year.

If there are no players truly worthy of the hall, then no players should go in. A mandatory number of elected nominees could dilute the prestige of the hall. The city of Canton would probably not be in favor of this because if there are no new inductees then there is no need to travel to Canton. But when there are, even more fans would attend because they would understand the sacred nature of the hall and the rare opportunity they have to witness history.

4. Voters must eliminate bias created by a nominee’s positive or negative off-the-field actions and their vote is based solely on the on-field performance.

There is no way that Michael Irvin or Chris Carter were not deserving of induction the first time they were on the ballot. Both hall of fame receivers were penalized because of 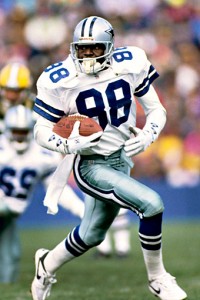 their off-the-field issues. To try and sell fans that saw those two players perform the idea that they were not worthy of induction is dishonest and to not admit that it was done because of things those players did off the field is an insult to a football fan’s intelligence.

In addition, positional bias should be eliminated. As Guy stated in his induction speech, the hall of fame is now complete because a punter is finally in the hall. Priority should not be given to glamour positions just because they are the sexy selections. If the player’s performance merits enshrinement then that should be the deciding factor regardless of position (including kickers and punters).

Every year, players are inducted and vow to make the Pro Football Hall of Fame the best hall of them all. Newly enshrined Buccaneers linebacker Derrick Brooks, echoed that sentiment and said it was a part of his new mission. Instead of simply focusing on the cosmetics of the facilities and operation of the festivities, they should take time to focus on the process of selection. Make the hall of fame what it truly should be, a place where transcendent legends are celebrated.