The Jets May be the Leader of the New Era

Football analysts and guys in the know will wax poetically about the importance of the quarterback. Many college and NFL coaches hitch their futures to what they consider to be a ‘franchise quarterback’ and for good reason. The quarterback controls the offense and has a chance to affect the game, positively or negatively, with every play.

With that in mind, it’s baffling that there is a lack of quality backups in the NFL. Money is obviously a major factor but how can you not give greater support to the most important position in football. The most unintelligent cliché in all of football has to be, “If you have two starting quarterbacks, then you don’t have one.” How does that make sense? If the Colts would have kept Peyton Manning and drafted Andrew Luck does that mean that they would cease to have a starting quarterback? 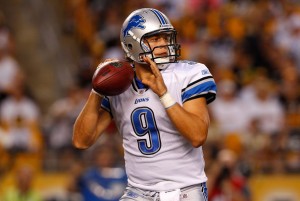 NFL teams don’t even seem to choose backups that have similar qualities as their starter. This would allow them to keep their original game plan in tact regardless of the man under center. Instead you sometimes see opposites. In Detroit, Matthew Stafford is decently athletic and possesses a cannon for an arm, as a result the Lions’ offensive philosophy in drafting and game plans has been to stretch the field vertically. Insert Calvin Johnson, Reggie Bush, and now Eric Ebron, that’s three guys with the ability to perfectly pair with Stafford’s downfield throwing ability. However, if Stafford is injured that leaves the Lions with Dan Orlovsky, Kellen Moore, and James Franklin to spearhead the high-powered vertical offense. That’s not a similar level of arm talent running off the bench. 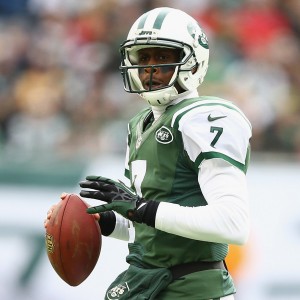 Surprisingly, there is only one team in the NFL that has seemed to get this idea and have in place a quarterback succession that allows them to be consistent regardless of the man calling signals. The New York Jets have positioned themselves to be the pied piper of the NFL when it comes to quarterback situations.

Did the Jets “Forrest Gump” into this situation or was it calculated? They drafted a

quarterback to be the starter last season, in the offseason they brought in a veteran to mentor and push their starter, and in the draft, they was able to add another quality quarterback with similar attributes. Because of these moves, the Jets have made it possible to absorb a quarterback injury at the position; they’ve also made it possible to keep the paychecks of their quarterbacks reasonable.

flawed. Why wouldn’t more teams have two or more quarterbacks that they truly believe in, and that were capable of running the same offense effectively because they possess similar traits?

With that in mind, here are some suggestions for teams with special quarterback needs. The San Francisco 49ers and Carolina Panthers both should make serious plays for Terrelle Pryor in the offseason. He would be a perfect backup for their quarterback situations. He’s a big, strong, and ultra athletic quarterback who has the arm talent to make all the throws. Imagine battling Cam Newton or Colin Kaepernick and knocking them out of the game only to see Pryor trot on the field. That would be demoralizing.

The Cleveland Browns should definitely keep Connor Shaw as the third quarterback. When Johnny Manziel rises to the starting spot he will definitely run one too

many times and when he is hurt, Shaw will be able to step in and do similar things as 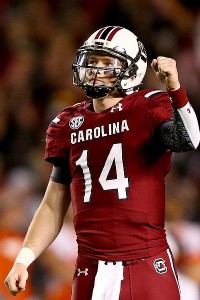 Manziel. Shaw was the second most productive quarterback in the SEC during the Manziel years. Both of them will learn the offense together and be able to help each other grow in the position.

Boyd going to the Jets and Aaron Murray being drafted by the Kansas City Chiefs were the only two teams that drafted a quarterback with similar traits as their incumbents. Teams should stop looking to the New England Patriots scrap heap to find their next quarterback and actually make their front offices do their job.