Warning: Use of undefined constant get_magic_quotes_gpc - assumed 'get_magic_quotes_gpc' (this will throw an Error in a future version of PHP) in /nfs/c02/h03/mnt/16851/domains/footballgameplan.com/html/wp-content/plugins/cforms/lib_functions.php on line 360
 FBGP’s Campus Kickoff: 2014 Florida Classic has a Plethora of Storylines | FOOTBALL GAMEPLAN
FOOTBALL GAMEPLAN
Login | Register
follow us:

FBGP’s Campus Kickoff: 2014 Florida Classic has a Plethora of Storylines 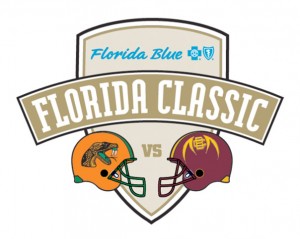 2014 Florida Classic has a Plethora of Storylines

This Saturday will mark the 69th meeting of Florida A&M University and Bethune Cookman University on the gridiron and their 35th meeting in the Florida Blue Florida Classic. This game has become a premier sporting event in Florida and a national highlight for the Historically Black College and University community. For the schools and their alumni, this game represents bragging rights for an entire year, but for the teams it means so much more. 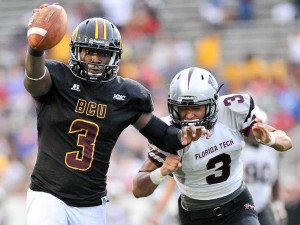 The BCU Wildcats are looking at this game as a must-win if they want to keep their playoff hopes alive. Cookman has put together another good season under head coach Brian Jenkins who in his five seasons, has amassed a 45-14 record at the helm of the Wildcats. He has led BCU to three FCS playoff bids and they were looking poised to make a fourth appearance (third in a row) this season until they hit a hiccup last week. They traveled to Hampton University and the Pirates were able to pull off a 40-35 upset.

With that loss, Jenkins’ squad no longer holds their playoff destiny in their hands. BCU needs a win, and some help, to capture the conference title and its automatic playoff bid. The only time the Wildcats have not reached the post season under Jenkins was in 2011 when, like this season, they lost three contests as well. In the other three seasons, the playoffs have not been kind to BCU; they have had one 2nd round exit and back-to-back 1st round losses the previous two seasons. If the Wildcats don’t get help, at least the win would leave them at 9-3 for the season with a win over their arch rival and the opportunity to earn an at-large bid.

The looming question will be if Jenkins, who is a fast-riser-up in the football ranks, will 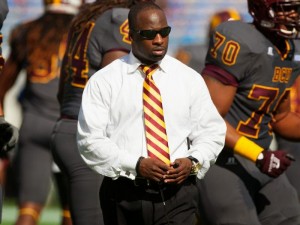 be courted heavily by FBS programs in the offseason. After the success the Wildcats have experienced over the past five seasons, one would surmise that the alumni are not ready to deal with life without Jenkins at the helm. He has definitely cemented himself as one of the best coaches in Bethune Cookman football history in only a short amount of time.

The FAMU Rattlers will look to “Strike and Strike again” after a season that has been less than stellar. It has seen the return of the world famous Marching 100 band. It has also seen the controversial departure of head coach Earl Holmes the week of FAMU’s homecoming game.

Holmes, a Rattler’s alum, rose up the ranks and was named the head coach in 2013 and was charged with creating a more sustainable winning culture. However, in only his second season at the helm, he was fired by newly appointed athletic director Kellen Winslow Sr. after only 19 games, and four days before homecoming. Holmes had amassed an unimpressive 3-14 record before winning the final two games before he was shown the door by Winslow. Firing the incumbent head coach when a new athletic director comes in is not abnormal, especially when the success has been minimal, but the timing was. Many alumni were unhappy with the timing of that decision and Winslow received plenty of backlash for it.

Just less than a week ago, the Rattlers added more fuel to their fire when the FAMU board of trustees issued a 6-3 vote of no confidence in Winslow even after he apologized for the timing of the aforementioned actions. So the green and orange will have mixed emotions going into the game. There will be some who believe their season was ripped from them just as it was getting on track. There will be others who believe that the shake up was needed to wake up a sleeping giant. 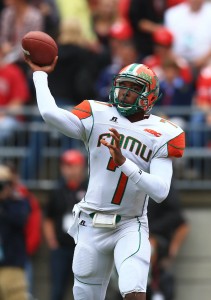 The Rattlers will be competing for pride and an opportunity to bond their community back together with a common goal; beating the Wildcats. They also have the added pleasure of ensuring that both seasons will come to an end concurrently if they are able to pull the upset. As always with a rivalry game, you can throw the records out the window.

For several individuals this game may represent their last opportunity to produce good film for pro evaluation. Most FCS programs struggle for national attention and that’s especially true for historically black colleges and universities because they are normally underfunded and their facilities fall short of some of the more prominent FCS programs. So when they get the opportunity to perform in the national eye they must take advantage. Many of the seniors have professional aspirations and this is a nationally televised audition for the next level. It’s potentially the last entry on their professional resume. How will they use this platform to help their team to victory and raise their individual profile as well?

On the other side of the spectrum are those who are playing their final football game ever. It definitely snuck up on them and they finally realize the significance of this rivalry. They have most likely spent the entire week talking about past Classics they have competed in with freshmen who are about to experience it for the first time. “You will remember this week and these games forever!”

For those people on the outside looking to simply enjoy the spectacle, this is a week full 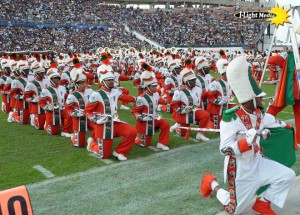 of concerts, fraternity and sorority parties, fundraisers, bands, bands, bands, and a football game. This contest will be consumed by people sporting hangovers with heads full of newly etched memories that will be shared with others and hoping they can leave with an overall positive outlook on the HBCU football atmosphere.

It’s love, it’s hate, it’s passion, extremes, a fight for respectability on the field, the standard of excellence in music and the hope of national equality. These are teams that are regionally known, bands that are nationally acclaimed, and an event that is universally recognized as a must experience in college football. It’s the Florida Blue Florida Classic and if you don’t know, you better ask somebody!