So you’re tired of watching top-level FBS teams play small schools? You want to see the 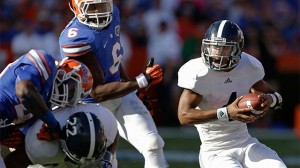 heavyweights cannibalize each other during the regular season? Okay, that’s fine, but you also want the little guy to get a shot at the big guy? We all love a David versus Goliath story; Appalachian State beats Michigan, Georgia Southern beats Florida. We all stay glued to the television or turn to the game when the overwhelming underdog is standing their ground against the big bad FBS. With all that said we must realize…..

We can’t have it both ways!

There are no preseason games in college and scrimmages are not allowed. Coaches must use the first couple games of the season to figure out their strengths and weaknesses. We all know the structure of FBS college football frowns on losses. So today, Wisconsin, South Carolina, and Clemson have an uphill battle to make the new four-team playoff and in the old system they would have practically no shot of a title. Many teams are not willing to put their entire season on the line in week one, especially those with championship aspirations. 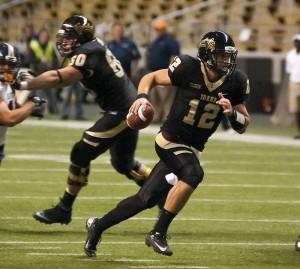 For FCS teams, losing their first game doesn’t have any bearing on their season. Because their playoff system is so much more substantial, they can take a couple shots in the regular season and still end up in the playoffs. This allows them to schedule games against FBS teams who help them fund their athletic program’s season budget. The Idaho Vandals football team received 950 thousand dollars for their game against Florida State last season according Josh Wright a writer for the Idaho Spokesman-Review. Game guarantees accounted for 20 percent of the Vandals’ athletic budget last season. So imagine what would happen if they didn’t have that revenue coming into the program.

This season’s guaranteed game against the Florida Gators was for a reported 975 thousand dollars. The game was canceled due to an “Act of God” or rainstorms and as a result, the Gators are not obligated to pay that money. If Florida does not, the ripple effect could be felt in the Vandals’ athletic program for the next couple of years. If someone told you to do the same things this year as you did last year but this year they are going to decrease your finances by 20 percent, you would deem it practically impossible.

The major FBS programs feel the financial ramifications as well. The guaranteed games allow them to have extra home games, which in most cases, account for millions of extra dollars being poured into the program. When major FBS teams play each other, they usually play at neutral sites or they sign a ‘home and home’ which means one less home game in one of those seasons and millions of dollars lost. 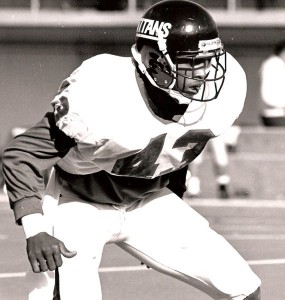 continue to operate. If they were able to consistently procure one of those guaranteed games, they may have saved their football programs. We all acknowledge that college football is big business. That business is felt throughout the university. Their commercials run during their games against major FBS teams and in almost all cases this will be the only time during the year that these FCS teams will be on national television. That effect of that on a school’s enrollment is incalculable especially if they could find a way to win the game.

Yes, we would like to see the heavyweights play each other. Yes, some of these David versus Goliath matchups don’t end well for David. Yes, we want to see the college stars battle against each other… but be patient. Every season we are gifted with great matchups weekly and with the new college football playoff, we will be ensured three epic games at the end of the season. Why should we be selfish? Everyone should get a piece of the action.