Warning: Use of undefined constant get_magic_quotes_gpc - assumed 'get_magic_quotes_gpc' (this will throw an Error in a future version of PHP) in /nfs/c02/h03/mnt/16851/domains/footballgameplan.com/html/wp-content/plugins/cforms/lib_functions.php on line 360
 FBGP’s First and Forever: NFL Owes La’el Collins an Apology | FOOTBALL GAMEPLAN
FOOTBALL GAMEPLAN
Login | Register
follow us: 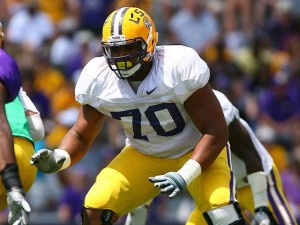 When ESPN first reported that former LSU offensive tackle and NFL hopeful La’el Collins was leaving Chicago, site of the 2015 NFL draft, to return to Louisiana to address questions about the death of a former associate, I felt a tremble of fear go through my body.  However, unlike almost everyone else with a pen, computer, and a voice, that I feared that this would unfairly affect Collins draft status.

Over the next few days, while various media members and draft evaluators didn’t seem interested in waiting to get more information before forming their opinions, Collins dropped from a good bet to be a first round draft pick, to undrafted.

Throughout this time, law enforcement was very transparent and stated several times that Collins was not a suspect, that they just wanted to ask him questions. It is a curious case, one that is worth asking questions, even worth doing a little research into, but that doesn’t mean that Collins has ever done anything wrong.

So instead of celebrating with his family the highlight of his life, instead of having the 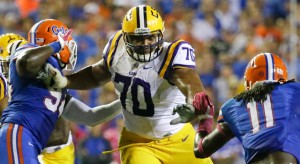 opportunity to walk across the stage on draft night and shake Commissioner Roger Goodell’s hand, instead of holding up the jersey of a team that represented a city where he would at least spend the next five years of his life, he had to endure comments like, “No team wants to be the team to draft a murderer.”

I can only imagine the anger and frustration he must have felt knowing that he had done nothing wrong and seeing first hand that not one of 32 teams, not even the team in the state where he played collegiately, believed him. Not one believed in him and that’s a sobering fact. If there was ever an illustration of how much the NFL cares more for their product than the people who make that product great this is it.

Last night ESPN’s Josina Anderson reported that Collins was not the father of the child that the aforementioned murder victim was carrying at the time of her death. She also revealed that Collins passed a polygraph test administered by an independent investigator.

Is it safe to say that “The Shield” screwed this one up? Umm… Hell Yes! 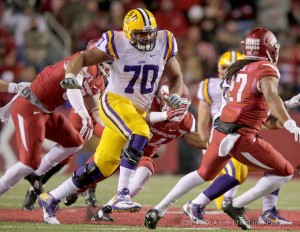 But worse than that, they ruined a moment that will forever live in La’el Collins mind. He can never get that opportunity back. The words that people uttered can never be taken back and time can’t be reversed to give him back this past weekend. The NFL would not even grant him removal from a draft he was unlikely to be taken in so that once his name was cleared, he could have the chance to be drafted in a slot that was more commensurate with his abilities.

It’s about more than money but they definitely cost him quite a bit of it. I don’t know if he has any legal recourse but I hope he does. Now, every team in the league is making their pitch to land Collins. Three days ago nobody wanted to waste a 7th round pick on him and in the next few days he could become the most highly sought after undrafted free agent ever. This means that some lucky team will get a starter at a discounted rate for at least three seasons. 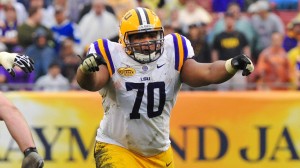 caused Collins and his family, but I highly doubt it. Instead someone will say that the NFL is a business and that not taking Collins in the draft was about protecting themselves. The truth is that by not drafting Collins, they made everyone think that they knew something the public didn’t and therefore the public began to believe that where there was smoke, there was fire. Well, now it seems there’s no smoke and no fire but still wreckage.

Collins had the opportunity to make enough money to take care of his family for a lifetime and now his effort has to continue simply to make the money that he was almost guaranteed to make a little over a week ago.

It’s just another reason why you should never blame a player for thinking about his money first. The NFL definitely is.