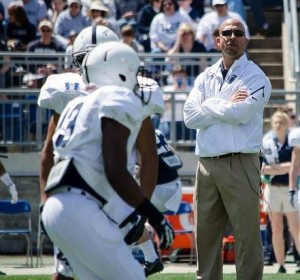 The NCAA is sending flowers and candies to the NFL offices every hour on the hour. James Franklin is running around Happy Valley high fiving everybody he can possibly reach. Under the cloud of the Ray Rice incident, which has now become an NFL debacle, the NCAA announced that they were lifting the sanctions against Penn State football.

The Nittany Lions were punished for covering up the awful crimes of Jerry Sandusky who used his affiliation with the university to rape and molest countless amounts of boys. It was proven that Penn State knew what Sandusky was doing but instead of calling the police and having him arrested, they decided the best course of action was to try and distance themselves from him without completely disconnecting. In essence, Penn State funded Sandusky’s abuse of these kids and never thought to protect these boys from a monster.

For their despicable inaction, Penn State was given probation for five years, banned from postseason play for four seasons, had scholarships reduced for four years, and was fined $60 million dollars. 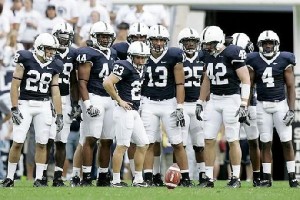 lightened and now after two seasons, everything is being reinstated. Why? Nobody was banging the drum for Penn State other than Penn State. Their crime was horrific and legitimately punishable. But it only amounted to a two-year bowl ban, scholarship reductions, and $60 million dollar fine.

The fine was a joke because Penn State prints money. While the scholarship reductions for two seasons sting, they don’t cripple you. A two-year bowl ban can be easily absorbed. How could the NCAA possibly believe this was enough; that Penn State had paid their penance? When you think of how they have handled previous high profile cases, when did the NCAA get into the change of heart business? 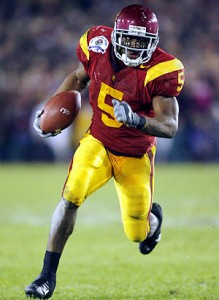 USC was given similar sanctions as PSU but was not given any relief from those sanctions. USC’s crime was “oversight”; not knowing that Reggie Bush’s parents were making deals with agents. It’s a crime that had no victim. Nobody was hurt, and nobody’s life was forever affected by the actions or inaction of the Trojans athletic department. Now, Penn State has made significant steps to change their athletic department but so did USC. Both schools have new presidents, athletic directors, and head coaches. So why didn’t USC get relief? That could have saved Lane Kiffin’s job.

There’s this sense that Penn State represents something more special, elitism, and that arrogance led them to sweep horrible acts under the rug and try to pin it all on their long-time iconic coach who ultimately died shortly after of cancer and to some extent a broken heart.

But Penn State made significant changes? They were covering up a rape case by someone involved in their football program but still thought it was a great idea to hire a coach who less than a year ago was involved and accused of helping cover up a rape allegation on this football team. That doesn’t seem like the smart way to go. I think that James Franklin is a great coach, but trying to contact the victim that is accusing your players of rape is a bad look no matter the reason. Months later he was saying goodbye to Tennessee and moving on up to Happy Valley where everyone conveniently forgot what went down on his watch at Vanderbilt. 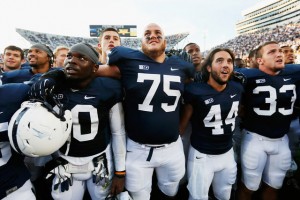 NCAA tells you to do faster than they said, they will reduce your sanctions. They should have told Penn State thank you for complying but your punishment is your punishment. Because your actions significantly hurt a countless amount of young men you must pay the penalty for those actions. The NCAA has a lot of warts and eventually they will be too ugly to look at, and the NCAA will go the way of the AAU because they seem to just not get it.

It makes you wonder how the young men raped and molested by Jerry Sandusky feel about Penn State being let off with a slap on the wrist? Did they wake up and see the announcement and wonder if they were all alone again? Are they reaching out again and finding no hand reaching back? Those that have come forward and told their story about being attacked by that monster at Penn State are disgraced again. Those that will never come forward and tell their story feel that chilly twinge down their spine as they deal with their grief in silence and anonymity.

The NCAA should be ashamed but their not. This has become the rule not the exception.