While most was celebrating Good Friday and the subsequent Easter holiday, the NCAA announced their approval of some monumental rule changes. Many in the college football world focused on the announcement of an early signing period for football, but glossed over something tragic to the game and the coaches that populate the game.

The NCAA announced that individuals associated with a college football prospect would not be allowed to take a job at a program where there are players two years before or after his final year coaching at the high school. The spirit of the rule is to avoid coaches pimping players for their own personal gain, but also speaks to the hypocrisy of the NCAA. There are many coaches doing a fabulous job around the FBS landscape who ascended to college based on what they achieved in high school, the players that they helped cultivate and grow into college prospects. 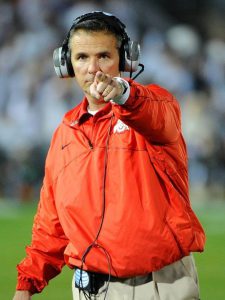 In 1985, current Ohio State head coach, Urban Meyer was a defensive backs coach at Ohio high school powerhouse St. Xavier. The next year he was afforded the opportunity to join Ohio State’s staff as a graduate assistant. Under this new policy he would not have had that opportunity because the quarterback on the team, Greg Frey, accepted a scholarship from Ohio State and went on to become a starter for three seasons. Nobody would have ever assumed that the only reason the Buckeyes were giving this coach, with only one season of high school coaching experience, a job on the staff was because of a player on his team. Interestingly enough, Meyer has been known for his ability to recruit top level talent at every stop.

Fast forward six years later and Gus Malzahn was getting his start in high school. For 15 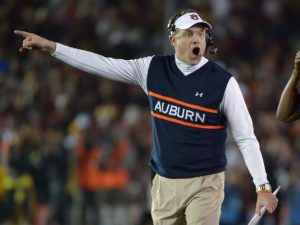 seasons he etched out a highly successful high school career with several state championships and an innovative offensive scheme. Despite the success, it wasn’t until he had several highly sought after college recruits on his team that the University of Arkansas offered him a top assistant spot on their staff where he was able to convince many of those players to follow him. While his tenure at Arkansas was short lived, his subsequent success as the offensive coordinator at Tulsa and Auburn gave him his first opportunity as a college head coach at Arkansas State. He parlayed that position into the head coaching position at Auburn. Who knows if he would have ever been afforded a college opportunity if he had not coached and cultivated premiere prep talents. 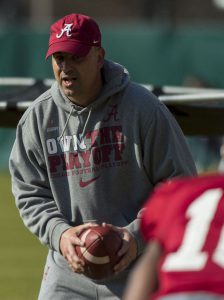 In 2007, now Alabama Defensive Coordinator, Jeremy Pruitt used his position on one of the more well-known high school football programs in the state of Alabama (Hoover High) and it’s national notoriety, thanks to the TV series Two-A-Days, to land an assistant position with the Crimson Tide. He parlayed that opportunity into a Defensive Coordinator position at Florida State, Georgia, and eventually back at Alabama. There is no doubt he will be on the short list for head coaching positions sooner rather than later. All of this may have never happened if this new rule was in place because Kerry Murphy, a four star defensive tackle from the same high school Pruitt coached, committed to The University of Alabama along with his two teammates Patrick Crump and Josh Chapman.

This dream of many high school coaches is to be recognized for the work they are doing and the time spent cultivating and developing talent. Just like the college coach wants to see if they have what it takes at the professional level, many high school coaches hope to ascend and challenge themselves. To be told that there are stipulations that restrict that movement at its most opportune moments is unfair and truly serves no purpose.

The residual effect this has on coaching is that it will make aspiring coaches think twice about going into the high school ranks for whatever amount of time for fear that their may be restricted on their ability to ascend up. This means less qualified coaches get in a sport on a level already lacking for quality teachers of the game across its landscape. It also means that it doesn’t put the pressure on FCS and lower division teams to raise their compensation for coaches because they know that the pool will continue to be flush with talent willing to work for less.

Unlike basketball, where one player can take you from an average team to a top 25 program, football requires a lot more development and many more hands on deck to make a similar rise up the ranks. It is also much more difficult to predict the health and will of a football player once he is thrust into the college football meat grinder. In basketball top recruits know they only need to perform and stay focused for one season because they can make money at their chosen profession. For football players it is a much more dangerous and unknown journey.

Now the NCAA has made that journey more difficult for high school football coaches as well. For all they do, that’s sad.