Warning: Use of undefined constant get_magic_quotes_gpc - assumed 'get_magic_quotes_gpc' (this will throw an Error in a future version of PHP) in /nfs/c02/h03/mnt/16851/domains/footballgameplan.com/html/wp-content/plugins/cforms/lib_functions.php on line 360
 Top NFL QBs with 5 or Less Years of Experience | FOOTBALL GAMEPLAN
FOOTBALL GAMEPLAN
Login | Register
follow us:

Top NFL QBs with 5 or Less Years of Experience 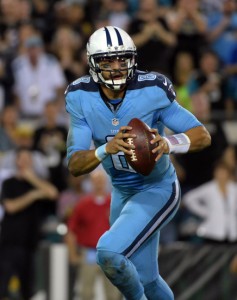 The ability to extend plays is becoming more important in a league that has elite pass rushing talent. Mariota has elite level speed for the position with the size to complement it. He’s an intriguing prospect since he’s extremely accurate while lacking high level anticipation. This is likely the result of wide open receiving targets during his collegiate career. Marcus had some injury issues in 2015 that should be buoyed by additions to the backfield (Murray, Henry) and the OL (Conklin). 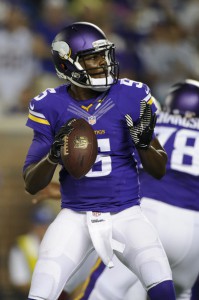 A great freshmen campaign was followed up by a pedestrian sophomore year. Bridgewater was my top QB in the 2014 class and things point to him being a successful selection. The Vikings had success in a numerically regressed 2nd season for Bridgewater. I’m on record saying that this is the proper way to bring along ANY young QB for optimum success. Limit their chances for error and allow them to make plays when necessary; the Seahawks took a similar approach with Wilson on the way to a Super bowl. Let’s see what the result is for Bridgewater in 2016. 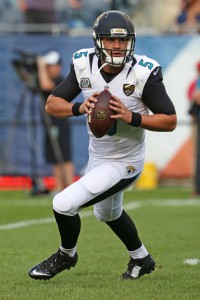 The 2014 & 2015 campaigns for Blake Bortles couldn’t have been more different for judging his future success. In 2014 there were multiple games that made you wonder if he would be a bust. He missed simple throws, failed in his progressions, and CONSTANTLY starred down receivers. To his credit (and the coaching staff’s) Bortles learned from his failures to have a quality 2015 season. Blake looked like the best young QB in the league in a few games this season, but he still has a way to go. I had a 3rd round grade on Bortles as I sighted the issues displayed in 2014. The Jags proved equipped to handle his shortcomings and mold him into a franchise caliber player in year two. 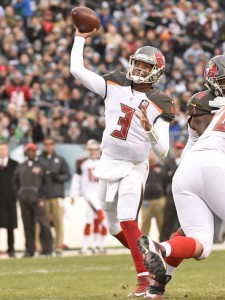 The #1 pick is a pressure filled selection especially when you’re the guy under center. You have the pressure of a franchise on your shoulders in a league that has become more pass happy. Winston is more of a traditional QB than our #8 QB (Mariota) in the sense that he’s seen as a pocket passer. This is interesting when you consider that Winston rushed for 3 TDs in 2015. He’s in for a great 2016 campaign as he continues to gain comfort with former OC, and now HC, Dirk Koetter. 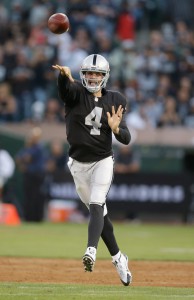 The 2014 draft class produced quality talent and none has been more consistent than Carr. Carr was my #3 QB for that class with a late day one projection. So far in the NFL all he’s done is proven to be the most NFL ready QB entering the league that season. He still makes mistakes, none bigger than forcing passes up the seam. Derek Carr was helped immensely by the additions of a vet like Crabtree and a rookie in Amari Cooper. His future looks bright as he’s ahead of the curve compared to his contemporaries from that class. 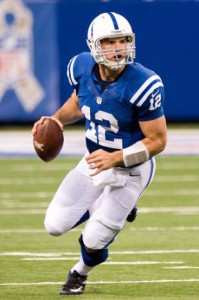 The gap between #3 & #4 is massive especially when compared to the gap between #2 & #3. In 2012 the Colts chose to go with a future franchise QB over a guy that is arguably the GOAT. The move actually seems to have paid off for both QBs involved as Luck hasn’t disappointed (at least not much). He’s gone to the playoffs in each of his first 3 seasons and gotten a round further each season. Luck came into the NFL garnering the most adoration I’ve ever seen from analysts and talking heads; I had Luck as my #1 QB for the 2012 draft. The physical tools and the production have matched up in a lot of respects. The area of concern that I still have was highlighted during his time on Gruden’s QB camp. The now infamous “Spider 2 Y Banana” is something that was a staple of the Stanford offense. One of the issues that Luck exhibited was an affinity for trying to drive the ball into the TE on the corner which resulted in a few TOs. Since entering the NFL, Andrew Luck has been in the top 3 in TOs in every season except 2015. He led the NFL in TOs at the time of the injury that cut his 2015 season short. Although the top guy for some, I can’t make a guy that doesn’t take care of the ball my top QB when offered an alternative. 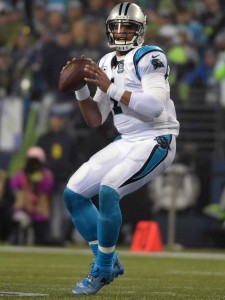 Cam Newton entered the league in 2011 and made a splash with back to back 400+ yard games. His team has made multiple playoff appearances and Newton has played well in big games. The 2015 season was his coming out party on the way to a 15-1 record, MVP, and Super bowl appearance. He did more with less (on offense) in 2015 than any other QB in any season on this list. Newton did show that he has areas of improvement that reared their ugly head in SB50. He still doesn’t drive off his back foot which allows the ball to sail especially on out breaking routes; Cam will be an unsolvable problem once he develops more consistency in his lower body mechanics. 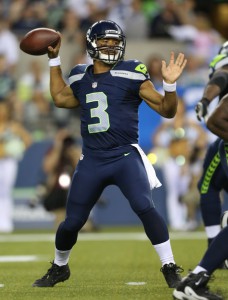 The top QB with 5 or less years of experience in the NFL is Russell Wilson…period! Okay, let me explain why this guy is the top QB for this analysis. I’ll start with a conversation I had with a guy before the 2015 season about Luck & Wilson; the guy said that Luck was better because of his stats and what he’s asked to do. My retort was simple…there is no other young QB I would rather have in winning time. Period! Winning time (for me) is 3rd down & long, 4th down, the last 2 minutes of a game, or when trailing by double digits. He’s not the biggest, fastest, strongest, etc. from a physical standpoint but he’s the closest thing to Tom Brady or Joe Montana that we have in this league during winning time.