There is one word to describe why there are have’s and have not’s in the NFL: Desperation. 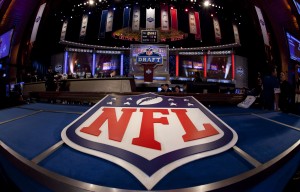 Franchises that do well have patience. They are even willing to trade down if they don’t see the value in their position, knowing that there is a “thirsty” team out willing to deal their way closer to an irrational decision.

Last year the Jacksonville Jaguars needed to fill a lot of holes. They had needs along the 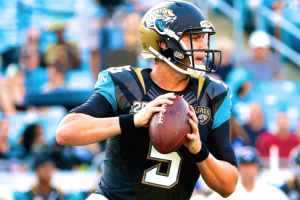 offensive line, at defensive end and at linebacker. However, they also had a need at quarterback that was being magnified by their fan base and media. Blake Bortles was the flavor of the hour and the Jaguars, hoping to make a splash pick, dove head first into the Bortles’ water. They ignored the fact that Bortles needed seasoning before he would be ready for the pro game and caved to the emotions of people. There’s a saying that goes “coaches who let fans coach their team are destined to become one.” That statement is equally true for front office executives.

Jacksonville passed on several players who could have been instant, positive impacts for their team.

They could have improved their offensive line by drafting Jake Matthews and pairing him with college teammate Luke Joeckel. This would have given the Jags bookends on their offensive line for the next 10-15 years. It may have also kept them from giving up 71 sacks last season and getting every quarterback who lined up behind center killed. 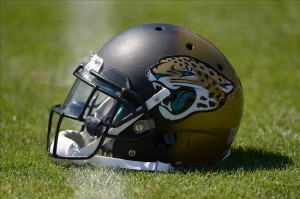 This year the Jaguars will look to bolster their defensive line by drafting a pass rusher to go with stellar interior line play. The 2014 draft featured three premier pass rushers and two, Buffalo’s Khalil Mack and UCLA’s Anthony Barr, were still on the board when Jacksonville drafted Bortles. Both had promising rookie campaigns for defenses that were not as good as Jacksonville’s.

The Jaguars also passed on a chance to draft the best middle linebacker prospect to enter the draft since San Francisco drafted Patrick Willis in Alabama’s CJ Mosley. Mosley would have represented a dramatic upgrade for the middle linebacker position. His athleticism and coverage prowess should been coveted by a head coach who is looking to duplicate the defense he helped build in Seattle.

Bortles did not improve the Jaguars offense. In fact, one can argue that they would have been better off sticking with Chad Henne, drafting a higher rated player that filled another need, and they could address quarterback by moving back into the first late for Teddy Bridgewater or moving up to draft Derek Carr at the beginning of the second round. Both quarterbacks looked much more poised than Bortles.

In the second round the Jags spent two picks on receivers to apparently grow with their quarterback selection. However, in one of the deepest drafts ever for receiving talent, Jacksonville could have waited until later in the draft to address that position. Their defensive backfield is one of the worse in the NFL and they had the opportunity to address that with those picks and further bolster their defense. Florida State’s play-everywhere-corner LaMarcus Joyner and Nebraska defensive back Stanley Jean-Baptiste were both available for the plucking.

There second round also featured several offensive linemen who were available to help protect an investment in a quarterback. 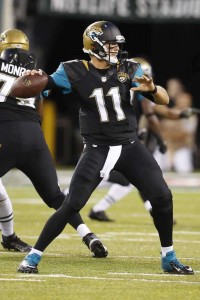 The desperate draft choices can be traced back to 2011 when the Jaguars reached for Blaine Gabbert with the 10th pick because they, “needed a quarterback” and passed on drafting defensive ends JJ Watt and Robert Quinn and offensive lineman Mike Pouncey. Those the were taken in picks following Gabbert and they have become cornerstones for their teams.

The Jaguars have gone full circle in just four short seasons. Drafting of Bortles proves one thing. History can and will always repeat itself. Now we will see if the ripples are the same. See you again in 2017.