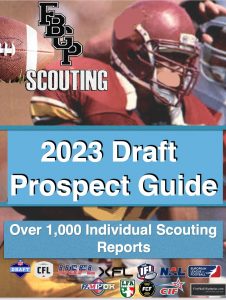 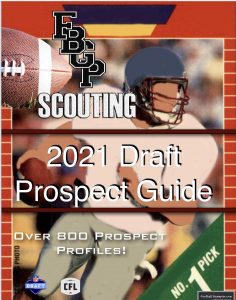 Potential for 2020 Supplemental Draft to be Huge

Supplemental Draft to the Rescue

With talks of a potential abbreviated college football season, or a full season in the winter, it appears that the powers the be will have college football come hell or high water. But, with any scenario that’s tossed out there, especially with the uncertainty of Covid-19, there ends up being more questions than answers.

And for many potential 2021 NFL Draft prospects, the thought of not having a college football season, or an abbreviated season, or one that pushes up against the 2021 NFL Draft next spring, doesn’t sound like the best possible situation for them to be able to maximize their opportunities to increase their value as prospects.

In 1977, the NFL created a supplemental draft. It was meant for players whose eligibility had changed and hadn’t declared in time for the regular draft. In over 40 years, there have been a handful of impact players — the most notable in recent years being Josh Gordon. But it’s been pushed to the shadows, mainly; a quirk of the behind-the-scenes machinations that barely registers a blip between OTAs and training camp.

I don’t think it’s going to be pushed aside this year. Follow this logic with me. 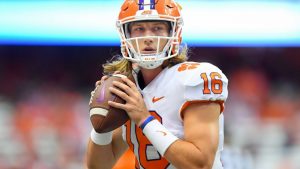 Judging by the current timeline of events, I find it hard to envision a 2020 college football season happening. Spring Football has already been shuttered. Which means the ever-so-important winter and spring workouts have ceased. And with no clear date to return to campus, it’s safe to say that we won’t get productive summer workouts or fall camp done in time to realistically have a full season.

Professional ball differs from college ball in one major aspect: there are no classes. College football can’t continue until college classes continue. Professional ball has the luxury of moving a season to start whenever/wherever. One, because it’s professional and they have the financial resources. And, two, there’s a fixed number of teams. You’re talking 32 NFL teams vs. 850+ football-playing colleges from FBS-JUCO.

So with potentially no college football to be played this season, guys who are upcoming seniors or rising juniors and are legit pro prospects will be left without a season to play. They would essentially go a full year without playing football. And, more importantly, would go a full season without getting PAID to play football.

With that potentially being a serious conundrum for many potential prospects, the question then becomes: what could be a potential option?

“So how does this thing work, Emory?”

The supplemental draft essentially runs like a silent auction, where teams have to bid the following year’s draft pick for the potential player. The draft works on a tier system, to level the playing field:

So just for example, if Team A was willing to part ways with next year’s first round pick for Player B, while Team B only offered up a second round pick, Team A would get the player. Because of that, many teams are reluctant to give up future draft picks for players, which is why you don’t see many players taken in the supplemental draft.

However, this year could potentially change that with the uncertainty surrounding the 2020 college football season. We could essentially see the NFL use the Supplemental Draft as a jump-start on the 2021 draft.

Having players who either considered coming out in April’s draft but ended up returning to school, plus players — like Clemson’s star QB Trevor Lawrence, —who would have more than likely played their final season of college football in 2020, eligible for the supplemental draft, could make this usually nondescript draft VERY interesting and exciting.

Because the Supplemental Draft happens in July, that gives NFL teams another two months to evaluate and study potential players for the draft. 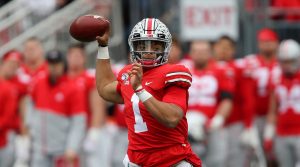 to change from the time they didn’t declare for the draft to the time of the Supplemental. If they wanted to be strict about this, the NFL could argue that none of these players’ eligibility changed, assuming the schools just view this as a lost season and hit reset next fall as if nobody advanced a year. Hopefully this doesn’t happen and the players are allowed to make this decision for themselves.

“But what about the upcoming college seniors who aren’t highly thought of yet? How do they factor in?”

Another great question, Emory, I’m glad you asked that!

Because the NFL (Now, I don’t know all of the legalities involving the NFLPA and how that would factor into this) can essentially adjust the rules of how they operate at any time, they could essentially run the supplemental draft like a second, full seven-round draft. It would almost be like draft ‘futures’, sort of like you see in baseball (I reached out to the NFLPA for some help with this question, but they declined to reply by the time this article ran).

As you know, I’ve personally scouted thousands of players. So while all eyes this week are on the actual NFL Draft, I like to be a step ahead, and have listed some of the more interesting names you could see in the July Supplemental, if things play out the way they will. I went ahead and dropped a round next to each player, so you have a feel of the Supplemental pick they might commend. Worst case?

This is an early look at some of the top 2021 prospects (NOT IN ANY ORDER. SO DON’T TRIP).

If you think ratings will be a smash hit for the NFL Draft, you can imagine the ratings for a televised Supplemental Draft.

Hopefully, we’re able to get the world back in order to have normalcy within our fall sports. But, this particular contingency plan would make things very interesting if it were to occur. 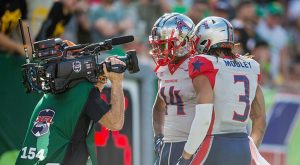 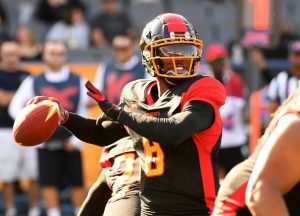