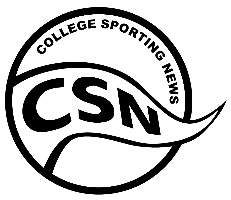 Founded in 2001, College Sporting News is the largest and oldest news service solely devoted to publishing original content and other information of the NCAA Division I Football Championship Subdivision.  CSN annually names national coach, offensive, and defensive honors, pre-season and post-season All-America teams, national weekly student-athletes honors, and maintains the Gridiron Power Index (GPI) ranking of teams which the NCAA Division I Football Championship Committee has used as a tool for the selection of teams for the NCAA Division I Football Championship since 2008.  The CSN websites at CollegeSportingNews.com and ChampionshipSubdivisionNews.com provide extensive columns, articles, blogs, photos, video, schedules, links to tickets and available media for every game, a daily news ticker email newsletter, news from other media outlets, and much more to assist media and fans to remain in constant contact with the FCS.

Discussion forum for anything and everything dealing with the Football Championship

Subdivision. Over 7,400 members and counting.

The Premier Miami Dolphins Message Board! 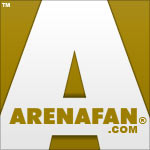 The Official Site of the Arena Football Fan since 1998

The Women’s Spring Football League is a full contact Women’s American Football league which began play in 2010. Five teams played the WSFL’s 2010 exhibition schedule, with twelve more joining for their first full season in 2011, and five more for 2012. Three of the league’s original 5 have since left, along with three others who were originally to play in 2011. There are now 16 teams in the WSFL, with more expected to join for 2013, with the divisions being the 11-woman and 8-woman divisions.

ChampionshipSubdivision.com, Where championships are earned, not given!

We provide Griz fans the best online community for the Montana
Grizzlies and the Football Championship Subdivision as a whole!

eGriz.com has grown to be the best place to find updated information on
the Montana Grizzlies as well as communicate with Griz Fans around the
world. eGriz.com features a booming discussion forum with many topics on
your Montana Grizzlies. If it happens, you’ll find out here first! You
will also find schedules, standings, scores, stats, rosters, jokes,
photo galleries and many other resources for your Montana Grizzlies.

Lionbackers.com – Essential bookmark for BC Lions fans since 1999

Next Sports Star Radio is the Premier Radio Station in Toronto! 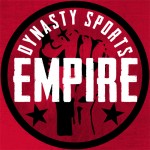 Welcome to Dynasty Sports Empire, your #1 resource for all things dynasty