In part one of this series, the Buccaneers filled their hole at running back in the first round by snatching up home run hitter Dalvin Cook from Florida State. That set in motion second and third round selections that included defensive end Charles Harris from Missouri, and strong safety Lorenzo James from St. Francis.

In this second edition, if the Buccaneers decide go defensive back in the first round for the second year straight and bolster a budding secondary, we explore that pick and the subsequent ripples it causes. 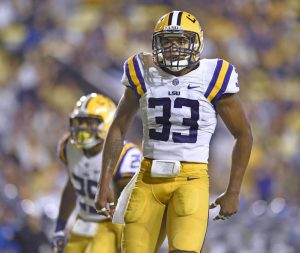 Adams is one of the safest picks in this draft and fills a real need for the Buccaneers. He has the ability to play either safety position but is special at strong safety. He has great closing speed, is comfortable in the box or on the hash, and he can be your nickel allowing the defense to sustain their toughness and tackling ability. Adams locates the ball in the air and has the skill to bring it down and turn it into offense. It doesn’t hurt that Adams comes out of LSU which has been a defensive back factory over the past 10-15 years. Adams walks in the door of any pro system and is a day one starter. His skillset seems to fit an aggressive and multiple defensive scheme like Tampa Bay and he would be a fun piece for defensive coordinator Mike Smith to use down at One Buc Place. 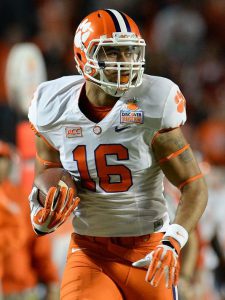 Some may view other positions as a higher need with their second round pick but the name of the game is value. To see Leggett still on the board mid way through the second round, he will be impossible to pass up. His is a true three-down tight end and is a match-up problem for defensive coordinators. While at Clemson, he excelled blocking for running back Wayne Gallman and quarterback Deshaun Watson in the running game. He was also a threat down the seam and on the outside in the pass game. He has the versatility that today’s NFL is looking for. He would definitely fill a need for the Bucs and diversify their tight end corps. 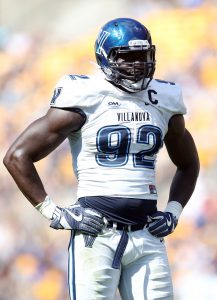 At 6’7” 280 pounds Kpassagnon stature will remind Tampa Bay fans of current Buccaneers defensive end WIlliam Gholston. He has a great motor and plays in the offensive backfield. He has continually improved his technique over the past two seasons and his performance at the combine validated the production on the field. The best thing about Kpassagnon is that many consider him to still be raw and a project. If projects can produce this much, it is scary to think what will happen when he gains more experience and makes football his full time job. Teaming him up with Gholston would give the Buccaneers the most intimidating set of defensive bookends in the NFL. He would help round out a two deep for Tampa Bay and allow the entire unit to elevate their play. He is a potential first round talent still sitting on the board in the third round so the value is high for this pick.

Check out part one here:  http://footballgameplan.com/3-round-bucs-what-if-mock-draft/