Chris James: What Went Right for the Bears

The Chicago fan base has longed for something on which they can hang their proverbial hat. The 2017 draft ended up being that thing as the Bears moved on from the teams of Urlacher & Briggs. Though slight in selections, the Bears hit on all five draft picks. 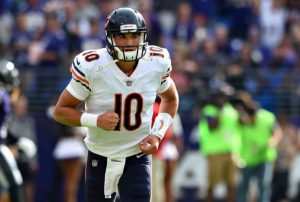 The Trubisky selection seemed odd after paying Mike Glennon 19 million in guaranteed money. We soon saw positive signs from their rookie QB. Another unheralded player from a less than “premier” position came on late in Adam Shaheen, the TE out of Ashland. They also nabbed two playmakers in the 4th that affected all three phases of the game. Eddie Jackson showed his worth throughout the season accounting for 2 defensive TDs. Tarik Cohen was the early darling of the NFL season as he made exciting play after exciting play. Cohen ended up accounting for 4 TDs in four different ways. He had a receiving TD, a rushing TD, a punt return TD, and a passing TD.

The last thing that went right was the organization parting ways with the previous coaching staff. Things became stale. The offense looked far too stale for a couple of seasons and was only helped by the talent that’s been added to the roster. An offensive minded coach the likes Josh McDaniels or Pat Shurmur could be helpful.

Gene Clemons: What Went Wrong for the Bears

Chicago paid 16 million dollars to find out what we already knew about Mike Glennon, he’s 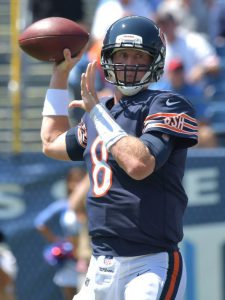 a backup. They moved up one spot and gave up two, third round picks and a fourth round pick and will discover their “franchise quarterback” is a young Josh McCown.

The quarterback play, or lack thereof, essentially fired John Fox. They had a defense, special teams, and running game good enough to win. Many blame the receivers, and while they are definitely due for some upgrades, the quarterback ineptitude can’t be ignored.

Now the Bears find themselves without a head coach and an overall direction direction for the team. The winter should be chilly once again in Chicago. 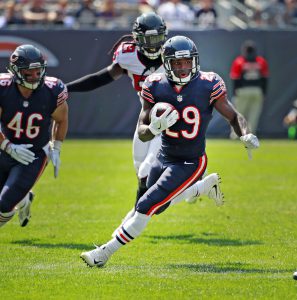 The Bears will need to focus on acquiring more weapons for rookie quarterback Mitchell Trubisky in 2018 but the team did not do a poor job of collecting young talent last offseason. Running back Tarik Cohen proved the Bears’ brass correct for taking him in the fourth round. The Bears also found tight end Adam Shaheen out of Ashland in the second round who posted three touchdowns in his rookie season. Safety Eddie Jackson has a nose for the football and will give Chicago’s offense extra possessions with his range and ball skills.

Turron Davenport: Where Do the Bears Go From Here

The first thing the Bears need to do is figure out who would be their head coach. They are already connected to Eagles quarterbacks coach John DeFilippo and defensive coordinator Jim Schwartz.

With young franchise quarterback Mitchell Trubisky in place, it’s not likely that Chicago will go for a defensive minded head coach. That’s where DeFilippo comes into play. It’s well documented how DeFilippo has been instrumental in the development of Carson Wentz.

The Bears would like to see that same kind of growth from Trubisky. They will need to replicate what the Eagles did by adding playmakers to help the young quarterback.

At No. 8 overall, they could entertain a wide receiver in the second round where Washington’s Dante Pettis should be a target. The Bears could also add a veteran receiver such as Jeff Janis if he doesn’t re-sign with the Packers.

Chicago is in a good position running back wise. They have a thunder and lightning combo of Jordan Howard and Tarik Cohen that is more than capable of carrying the load. Left tackle is a position that could be filled with their first-round pick.

The Bears need to address their cornerback situation, however. Their 2014 first-round pick Kyle Fuller fell out of favor and will be given the green light to walk via free agency. With the No. 7 overall pick, Alabama’s Minkah Fitzpatrick could be an option to come in and join former college teammate Eddie Jackson in the Bears’ secondary.

Letting former head coach John Fox go means they’ll likely lose defensive coordinator Vic Fangio. That could spark a change in personnel if the next regime doesn’t utilize a 3-4 defense. That being said, the Bears may need to have some changeover at defensive end and linebacker if they implement a 4-3 front.

What We Thought about the Chicago Bears Entering the 2017 Season