Warning: Use of undefined constant get_magic_quotes_gpc - assumed 'get_magic_quotes_gpc' (this will throw an Error in a future version of PHP) in /nfs/c02/h03/mnt/16851/domains/footballgameplan.com/html/wp-content/plugins/cforms/lib_functions.php on line 360
 FBGP’s 2015 NFL Draft Prospect Rankings – Wide Receivers, Inside Receiver | FOOTBALL GAMEPLAN
FOOTBALL GAMEPLAN
Login | Register
follow us:

I’m a big fan of the Inside Receiver position. I look at this position as your ‘bigger’ WR or more ‘physical’ WR position on the field.  It requires guys that don’t mind blocking. You’re going to see a lot of down blocks, crack blocks, reach blocks from these types of players.  As far as the passing game, these are the types of players that has to have an affinity for the short-to-intermediate passing game. You want them to operate well in short, confined spaces. Seam, square-in, digs, stop, quick outs and turn routes are mostly the routes these guys will be asked to excel exclusively.  You can also utilize these guys situationally on the outside, more in particular in the Red Zone.

Here’s my list of the Top Inside (F) Receivers in the 2015 Draft Class: 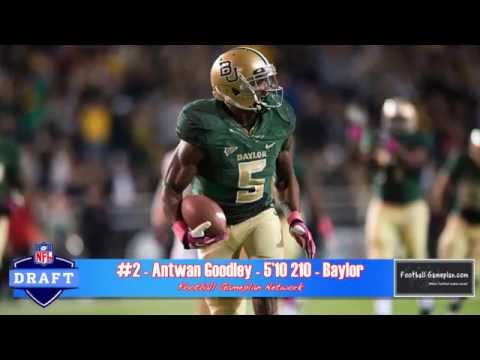