Warning: Use of undefined constant get_magic_quotes_gpc - assumed 'get_magic_quotes_gpc' (this will throw an Error in a future version of PHP) in /nfs/c02/h03/mnt/16851/domains/footballgameplan.com/html/wp-content/plugins/cforms/lib_functions.php on line 360
 Football Gameplan’s 1st & Forever – Cowboys Need to Win Now | FOOTBALL GAMEPLAN
FOOTBALL GAMEPLAN
Login | Register
follow us: 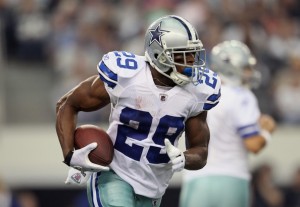 Dallas Cowboys running back Demarco Murray is having a career season. The Cowboys are benefitting from his performance this season as they have rode his back to a 6-1 record and first place in the NFC East. He has taken the pressure off of quarterback Tony Romo to make every play and as a result, their offensive balance and ball control has been phenomenal. Many look at this year as a reason for optimism that the Dallas Cowboys may not only make it to the playoffs, but win the Super Bowl.

Well if the Cowboys want to win the Super Bowl, their window is not just closing, its size is clearly defined. There’s no way that the Cowboys can put the toothpaste back in the tube with Murray’s carries. He is definitely going to surpass 400 carries this season. Murray is currently on pace to double his season high for carries (217). He’s not only running to help the Cowboys win but to prove he can be a durable back and he deserves a contract worthy of a top back in the league.

Unfortunately for Murray and the Cowboys, running backs don’t fair well the year after leading the league in carries. Murray is on pace to run onto the top ten list all time in single season carries. The 11 current leaders on the all time single season carries list production dramatically decreased in the first or second season following that season. This means that most likely a running back that has had injury issues throughout college, and the pros, will break down under the strain of such a heavy work load next season. 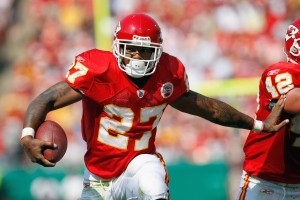 Anderson. Johnson’s record setting 2006 season had 419 carries and he was the bell cow that led the Kansas City Chiefs to the playoffs but they didn’t finish the job. The next season, Johnson carried the ball only 158 times and his career derailed afterwards. After Anderson carries the ball 410 times in 1998, he was injured and only managed 19 carries in 1999. The fact that Murray is on pace to top 420 carries does not give one confidence in his production in 2015 and going forward.

The best thing for Murray and the Cowboys is to ride him until the wheels fall off because they have no chance at a title without his production. In fact, if the Cowboys don’t win the Super Bowl this season they will not win one for the foreseeable future.

It remains to be seen if the Cowboys offensive line is really that good or if their production is a result of a healthy Murray. Everyone wants to believe that running back is a plug and play position, but it clearly is not. The evidence is all around the league where you see teams that are not very effective at running the football. There’s no guarantee that another running back can come in and do what Murray is able to do; which means that if he is not healthy next season they will regress. 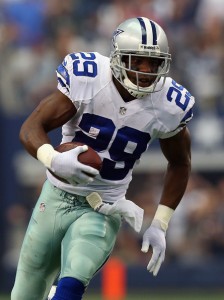 The Cowboys defense will definitely regress next season if Murray is not able to carry the load. The defense’s effectiveness has been in large part because of the offense’s ability to control the time of possession. If the Cowboys go back to relying on Romo to pass the ball, that means that the defense will be on the field more often, which will result in their flaws being exposed. Murray is the best defensive player for the Cowboys and when he’s gone the defense will take a hit.

Ultimately the Cowboys would be silly to give Murray an extension based on his history before this season. After they run him into the ground, it would be almost unheard of to extend him based on history. If Dallas could re-sign Murray for less guaranteed money, then that would be ideal. It would give them a contract that doesn’t penalize them when Murray gets hurt in the future.

For Murray, he should be thinking about his legacy in Dallas. As the CEO of Murray Inc., he must be concerned with his future earnings in the state of Texas outside of the arena. If he were to deliver a Super Bowl in Jerry World, he would set himself up to be revered for the rest of his life. That type of earning potential will take him further than any contract that he will sign going forward.

Everything hinges on this year because this current success does not look sustainable.

The Cowboys window is not closing; it’s closed after this season.