Warning: Use of undefined constant get_magic_quotes_gpc - assumed 'get_magic_quotes_gpc' (this will throw an Error in a future version of PHP) in /nfs/c02/h03/mnt/16851/domains/footballgameplan.com/html/wp-content/plugins/cforms/lib_functions.php on line 360
 Football Gameplan’s Campus Kickoff – A College Football Compromise | FOOTBALL GAMEPLAN
FOOTBALL GAMEPLAN
Login | Register
follow us: 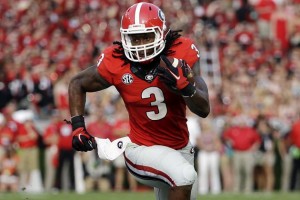 There has been a long debate about whether or not college football student-athletes should be paid. Football is only one of two (men’s basketball) major revenue generating sports in college athletics. The debate was heated last season when for Texas A&M quarterback Johnny Manziel was accused of taking money to sign memorabilia. This season, the discussion seems even more explosive as Georgia running back Todd Gurley and reigning Heisman Trophy winner, Florida State quarterback Jameis Winston deal with similar issues as Manziel.

It’s illegal to make money off of your image or likeness according to the NCAA, which seems ridiculous because they essentially are saying its okay for us to profit off your name but you can’t do the same. This type of hypocrisy angers some but others feel it is a fair exchange. NCAA student-athletes receive scholarships that cover their tuition, room, and board. They are also afforded the opportunity to travel around and have all expenses paid for. Many of those same people believe that the only reason a large majority of these athletes are in institutions of higher education is because of athletics and those student-athletes could care less about the student part. They feel as if these young men are squandering a free education.

Both points are valid and in an effort to never provide criticism without solution, there is a 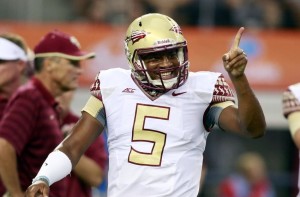 way that both sides can be appeased. It’s a fair exchange that the NFL should be on board with as well. After all, student-athletes are the one’s that drive jersey sales and are promoted on media guides and posters. They are the ones who are sacrificing their bodies for their school so they should be given some slice of an extremely large pie. But, there is no excuse for a player to spend four, five, and even six years in school and not receive at least one degree; that’s just wasteful.

College players should have the option to profit off their image and likeness. But if they do, they have to get a college degree before they can declare for the NFL. The last four starting quarterbacks for Florida State all received their degrees and it seemed as if Winston wanted to do the same, but all of this trivial stuff surrounding him may force him to move on and forgo the two years of eligibility he has remaining. He has been a revitalizing force in Tallahassee and he should be able to live out his college career while profiting from the millions that FSU is making because of him.

If a player chooses not to profit off their image or likeness, they can declare for the NFL after two seasons instead of three. This is especially effective for those players who are simply in college to play professionally because football, has no farm system and they want to get out as soon as possible. Jadeveon Clowney wasted a year of his NFL career protecting himself against injury because of the three years removed from high school rules. It was clear Clowney didn’t want to be in college so why force him to? 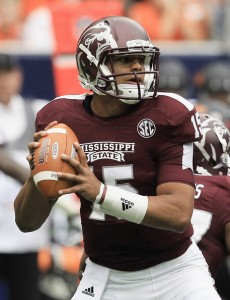 A student-athlete will have the right at any time during his collegiate career to opt into the career student-athlete track which would make him eligible to receive compensation for his likeness. When Mississippi State quarterback Dak Prescott arrived in college he had to fight for his position and once he took it, he established himself as one of the best signal callers in the SEC. As a result, the Bulldogs have experienced unprecedented success so why should he not be allowed to make money when his value is the highest. Many evaluators don’t believe he is an NFL caliber quarterback so college is his only true opportunity to cash in on his talent. He is a guy who is likely to stay and receive his degree so the school wins, the player wins, and everybody is happy.

There are so many football players that love the college experience and it gives them their final years of sophomoric freedom before they have to live in an adult world and make mature decisions. It’s a shame when a young man is forced to accelerate this process based solely on financial concerns. This would bridge that gap while supplying them with something far more valuable than money: an education.

College football would produce more mature and level-headed graduates to populate professional football and private industries, which would in turn, be better for their products.

Greed and selfishness is at the heart of the issues with the NCAA; it’s very similar to the AAU in the Steve Prefontaine days. We all know what happened to the AAU and how track and field continues to thrive today. The NCAA better wake up to this reality before it is overthrown for a better system.