Being Fair to the XFL Quarterback Play

After week 2 of the young XFL season, things are still looking as high as they were in Week 1 with
excitement from football fans across the country, and the solid turnouts.

However, the critics have started to creepily make their ways through the social media waves in Troll-like fashion over one subject: The Quarterback Position. 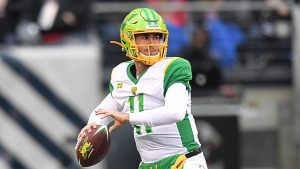 The gameplay all together has been surprisingly good to some, even the critics, but for some reason those same skeptics seem to be exceptionally critical of the quarterbacks across the league. Understandably, quarterbacks are scrutinized more than any other position in all of sports. It’s arguably the most important, and most difficult position to play. There is a reason, in terms of market value, why Quarterbacks are typically paid in a category all by themselves. No other sport has a position whose market value is greater than any other position on the field. So sure, it comes with the territory that all the extra eyes and criticisms are on them; But what the critics are forgetting, that unlike
the other positions on the field, in terms of the XFL, the Quarterbacks are probably the rustiest players on the field.

When you look around the league, names like Kony Ealy, Deandre Thompkins, Eli Rogers, Matt Elam and so on, are names of players that not only played in the NFL, but had prominent roles on some very accomplished teams. Even for the guys that didn’t get ample playing time in the NFL; the practice squad guys who were constantly being cut and traveling team to team; they still have had the opportunity to play the game. Sure, it may not be in the “every down” fashion that they are used to from high school and college, but these guys are still out there competing. This isn’t the same for the quarterbacks. As mentioned before, the quarterbacks have a much greater responsibility on the field. They are the guys that ultimately dictate the pace of the game, and must be the on-field manager for the whole team. If anyone needs reps, it’s these guys! But when it comes to guys like Cardale Jones, Landry Jones, Josh Johnson, Matt McGloin, Aaron Murray and PJ Walker, they have been on NFL rosters and have gotten some practice reps, but only three of them have gotten real NFL exposure. It’s no surprise that most of these quarterbacks have been the most consistent early on this season, but still not the sharpest.

Even with some of the NFL experience, it still doesn’t dictate when the last time these
quarterbacks have taken “real snaps.”

Let’s start with the guys who have played in real NFL games, who are starters in the XFL: Matt McGloin, Landry Jones, and Josh Johnson. McGloin took his last professional snap in 2016, where he appeared in 3 games and started one for the Raiders. In 2017, Landry Jones also played in three games with Steelers, but also only started one. In 2018 Josh Johnson played in four total games and started the final three for the Washington Redskins that season. So, the last time these quarterbacks took professional snaps in the NFL were over three, two and one year ago, respectively. Not one was ever seen as “The Guy” for their teams.

Next, you have the NFL guys who really didn’t get on the field in Aaron Murray, Cardale Jones and PJ Walker, who last time they started a game was for their colleges in 2013, 2015 and 2016 respectively. For a position that is so important like the Quarterback position, the XFL’s “Best” is being led by players who haven’t been the real leaders of their 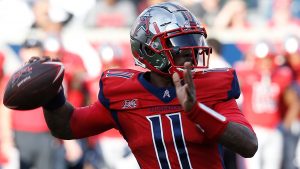 teams in years. Again, these are the “experienced” guys. Now, imagine the Dragons and Vipers who so far this season have trotted out Brandon Silvers, BJ Daniels, Taylor Cornelius and Quinton Flowers; players that are even farther in development than those listed above. Unfortunately for the XFL, these four, on top of a putrid performance from McGloin and the Guardians, were the highlight of Saturday. Now, does this mean that most of these quarterbacks are not capable of leading their teams this season? Absolutely not. Let’s try to remember that THIS IS FOOTBALL. It is early and just like in every league on every level, the offenses typically start slower than the defenses.

In the NFL, we watched the likes of Aaron Rodgers, Kirk Cousins and Russell Wilson struggle. After week 1, the Buccaneers were the 25th total offense, Vikings 26th , 49ers 27th , Seahawks 29th and Packers 31st . At the end of the year, Jameis Winston of the Bucs finished first in passing, Kirk Cousins, Russell Wilson and Jimmy Garoppolo finished in the Top 10 in passer rating and the Vikings, 49ers, Seahawks and Packers all won playoff games with San Francisco going to the Super Bowl.

Also, consider the fact that the NFL had just celebrated their 100th League year. All these quarterbacks noted have been the
franchise quarterbacks for no less than 2 years, with Wilson and Rodgers coming near and over a decade. These are established guys at the highest level, who are playing with guys or, are in systems that they have played with, and together for years.

Now imagine what the quarterbacks of the XFL are going through. 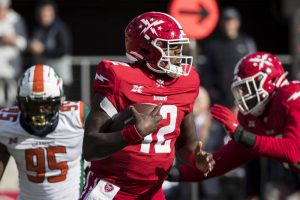 They have been together with their teams for maybe two months before the season, in a brand-new system, with brand new coaches, in a brand-new league, with new rules; major obstacles, right?? Factor in the fact, as mentioned earlier, that these guys are not established guys, but players who are still developing. Throw in a couple of curveballs like camp injuries to players like Landry Jones and Josh Johnson, that limits their reps in the short offseason; what would you expect the results to be??

Considering all these obstacles, to get the gameplay we have gotten from these eight teams, it is obvious that they are well above where “experts” expected. All around the league, we are seeing a better product from an officiating standpoint, and players are making a name for themselves. With the obstacles the quarterbacks are facing, it should make you appreciate what PJ Walker, Jordan Ta’amu and Cardale Jones have provided so far. Landry Jones and Josh Johnson are just getting back, and could provide top level play along with the big three.

Instead of wasting the time trolling, let’s try to enjoy what these five have been able to do and hope to see the Brandon Silvers, Quinton Flowers/Aaron Murray/Taylor Cornelius’ of the world continue to develop and make a real name for themselves.

THIS IS NOT THE NFL, but the XFL can be a damn good thing, if given the chance.