It is a statement that can be disputed but can’t be taken lightly. A quarter of the way through the season, 6 teams seem poised to make a run at the title and five of them are on James list. An with respect to all other teams, the drop off to the next tier is not slight.

Unless Something Crazy Happens! 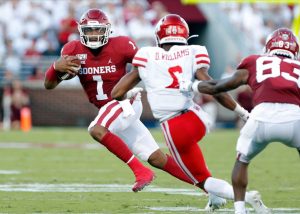 You can pencil in Clemson and Oklahoma unless something crazy happens. Clemson’s sophomore quarterback Trevor Lawrence is experiencing a slump to begin the season, and it hasn’t phased the Tigers. In fact, losing a bevy of defensive talent to the NFL doesn’t seem to phase them either. They just keep rolling along. Unless NC State or Wake Forest are able to catch them slipping or looking forward to their rivalry game with South Carolina, they will not be challenged for a seat at the proverbial playoff table.

Oklahoma has the top offense in the FBS… again, with a third different QB. But this time Jalen Hurts brings championship DNA and an ability to overcome adversity to the conversation. They will most likely not be challenged in Big 12 play, and that includes a Texas squad that continues to underachieve despite every advantage known to man. The offense is just too deadly with Hurts, and their defense has improved enough to punch their ticket.

Big Ten is a Big Two! 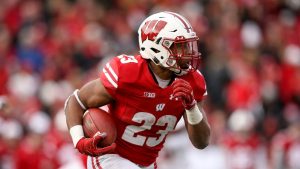 With respect to undefeated Penn State and Iowa, this conference is a two-horse race. Both the Nittany Lions and Hawkeyes control their own destiny, but that destiny includes a date with Ohio State for Penn State and a matchup with Wisconsin for Iowa. Neither team seems likely to emerge victorious.

That leaves the Buckeyes and the Badgers left to duke it out in the Big 10 Championship Game, with the winner claiming their bid to the CFB Playoffs. Both teams’ offense have been impressive, but the defenses have looked like the difference. Both are mature, fast and nasty. The difference will be which offensive superstar will carry his team into the playoffs: Ohio State’s QB Justin Fields or Wisconsin’s RB Jonathan Taylor?

In the SEC, there can be only one! 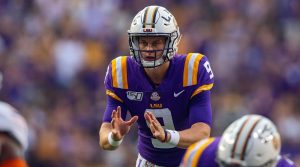 We get it, the SEC is good, again! But if the scenarios I laid out above play out, there is no room for two SEC teams this season. So, despite having so many undefeated teams in the conference, one loss spells doom unless everyone loses. LSU and Alabama seem to have what it takes to represent the conference when the smoke clears.

Both teams look better than Auburn, Florida, and Georgia, who are also undefeated, but have looked beatable so far. Besides, these teams will likely cannibalize themselves by the time the selection committee has to pick the four.

The concern for Bama is the run game, as it has not looked as dominant as it has looked in past seasons. That has a chance to improve over the season as the offensive line gels, and as the running backs get more confidence.

For LSU, the concern looks to be defensively. With multiple starters sidelined, they don’t seem to be able to shut down opposing offenses. This has led to QB Joe Burrow putting up video game numbers, because they are unable to sustain a big enough lead to tap teams out with the run game.

The deciding game could be when the Tigers and Tide meet on November 9th in Tuscaloosa. It could essentially be the playoff play-in game.