The Celebration Bowl is a Success

When the SWAC and MEAC agreed to create the Celebration Bowl, which would essentially serve as an HBCU National Championship Game, you could understand why the decision was so divisive. There were logical points on both sides of the topic. 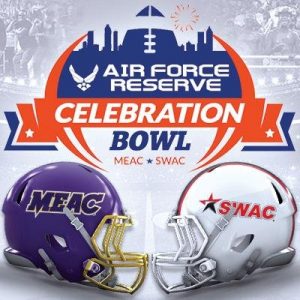 For those who did not support the move, they pointed to the limitations of just one bowl game. It’s only an award for two teams, despite the fact that multiple teams might be worthy of some type of post-season play. Others wondered why HBCUs would eliminate the opportunity to play in the FCS playoffs. It is already difficult enough to garner the same level of respect as Predominantly White Institutions on the field, this bowl game essentially eliminates the chance to play PWIs in the FCS and prove their equality.

People who supported the move, pointed to the irrelevance of HBCU football programs.

In years prior to the Celebration Bowl, the SWAC or MEAC, would never advance in the FCS playoffs. It was almost as if they were consider an ‘automatic victory’ for their 1st round opponent. The last HBCU to advance past the first round of the playoffs, was Tennessee State back in 2013. But, Tennessee State is a member of the Ohio Valley Conference, which isn’t an HBCU conference. The thought process behind creating the Celebration Bowl, was to create an event that could celebrate everything people love about HBCU football, which would yield better postseason notariety nationally. After all, it is the only championship game on that day. Plus there are the financial ramifications of playing the game which is a much needed influx of money into both conferences. 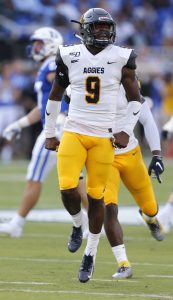 the inaugural game was over 35,000 fans. In 2016, the attendance was 31,000, proving that year one was not just an anomaly. The following year, in 2017, saw the attendance dip to 25,873. But in 2018, that number was back over 31,000. These numbers dwarf the average SWAC or MEAC home game attendance combined! The 1.6 rating the game received last season, according to www.sportsmediawatch.com, drew over 50% more viewers than the FCS National Championship Game.

So as for now, the initial idea of, and the actual game, is a success. There are butts in the seats and eyes glued to televisions, and it’s not just to watch the bands perform. The question now becomes, will this be enough for HBCU programs? As they begin to grow stronger, what will be the next thing that’ll allow them to mature back toward the level of PWI programs on the field?

Will an HBCU team ever want to test themselves against the very best that the FCS has to offer?