SWAC and MEAC Teams Gearing Up for Celebration Bowl Run

As the North Carolina A&T Aggies prepare to participate in their fourth Celebration Bowl, and Alcorn State Braves get ready for their third, the rumblings around the HBCU landscape is that there is no parody with regards to the HBCU football elite, at least at the FCS level. However, this assessment would be wrong and is strictly based off looking at the current participants, and not into the individual conferences.

There are other teams coming and the question could quickly become, “Is this enough?” 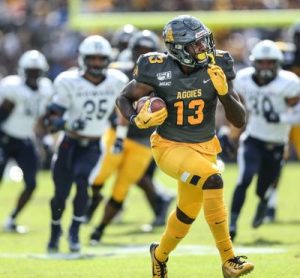 Yes, while A&T has represented the MEAC in four of the five Celebration Bowls, it could have easily been a different team.

In 2015, the conference title was split between the Aggies, Bethune-Cookman, and North Carolina Central. A&T won the tiebreaker that allowed them to represent the MEAC. After a one-year hiatus, thanks to NC Central, the Aggies were back, bringing an undefeated record with them heading into the bowl game. In 2018, it took a win over NC Central, and a Florida A&M loss to Bethune-Cookman in the annual Florida Classic, to get A&T back to Atlanta for a second consecutive year.

This season, the only reason the Aggies are representing the MEAC in the Celebration Bowl, is because FAMU, who has the best record of any D1 HBCU, is on a self-imposed, one-year postseason ban. So, as a result, A&T won the conference title because of their 22-20 victory over South Carolina State. And to the larger point, had the Bulldogs been able to pull of that victory, they would’ve have represented the MEAC in Atlanta this weekend!

Although this is the third appearance for Alcorn State, the road to Atlanta has never been 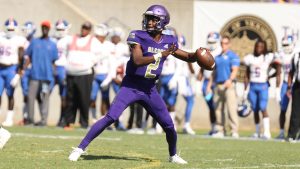 easy for the Braves. Fellow SWAC frontrunner Grambling, has been the conference representative twice. Last season, the Braves barely squeezed by a Southern team that was hungry to make their first Celebration Bowl appearance.

What has been impressive for both the Braves and Aggies during this era of the Celebration Bowl, is that they’ve done it with two separate Head Coaches. Jay Hopson led Alcorn State to the inaugural game back in 2015, and after he left for the Southern Miss job, Alcorn alum Fred McNair took over, bringing his squad to two bowl games. While in Greensboro, legendary head coach Rod Broadway took the Aggies to the inaugural game, and led them to the 2017 game as well; which was his last as a collegiate coach, retiring afterwards. Current Aggies head coach Sam Washington took over an experienced squad in 2018, leading them to the Celebration Bowl, defeating Alcorn and is hoping to repeat the same feat on Saturday.

Contrary to popular belief, the MEAC and SWAC have always been highly competitive conferences. And while there has been a little luck involved with A&T and Alcorn’s consistent presence in the Celebration Bowl, others challengers are coming. 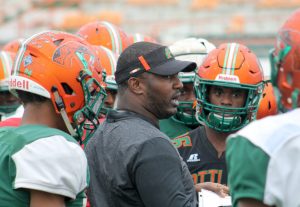 The MEAC is a grinder. There are legitimately 4-5 teams that can win the conference every season. FAMU has no intentions of going backwards with Head Coach Willie Simmons leading the way. South Carolina State, with legendary Head Coach Buddy Pough, was just knocking on the door this season. And Head Coach Terry Sims at Bethune-Cookman is always hovering, proving to be a constant nuisance to both A&T and Florida A&M. North Carolina Central knows what it takes to get there, having played in the game 3 years ago and 2nd year Head Coach Trei Oliver had an impressive 1st season at his alma mater. Norfolk State Head Coach Latrell Scott has quietly developed a solid program, and his Spartans took both FAMU & South Carolina State to the brink this season. Also, don’t sleep on the Morgan State Bears, who are a sleeping giant in the conference, with Tyrone Wheatley at the helm, building a bully in Baltimore; And Delaware State is in good hands under Head Coach Rod Milstead, who has done fantastic work on the recruiting front for the Hornets.

The SWAC has definitely been wide open and now with Southern, under Head Coach 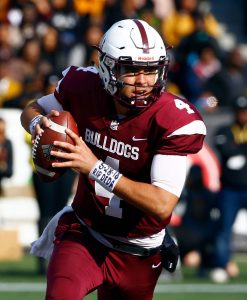 Dawson Odums, and Prairie View A&M, with Head Coach Eric Dooley, joining Broderick Fobbs and Grambling as legitimate contenders in the West Division, as well as Alabama A&M, who has the Top QB in the SWAC, Aqeel Glass, who is also an NFL Prospect, returning next season. Quietly, Jackson State, along with Alabama State, continues to get better in the East Division and played with a lot of youthful talent in 2019, will make getting to Atlanta in 2020 a daunting task for Alcorn St.

There is no doubt that the Celebration Bowl has resulted in improved competition in both conferences. The additional national exposure gives FCS HBCU teams ammunition to use in the recruiting wars. That has allowed these teams to be more visible to recruits, and is going to continue to raise the profile and talent level of these teams.

So if you are tired of seeing North Carolina A&T and Alcorn State in this bowl game, then you might want to simply enjoy it this year, because there’s a good chance you won’t see these two again in 2020.