Chris James: What Went Right for the 2017 Colts

2017 was not the year the Colts expected with a fairly talented roster. Matters weren’t helped by Andrew Luck being unable to play a down during the season. So, what went right for the Colts in 2017? 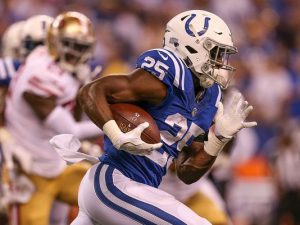 A trade was made sending Phillip Dorsett to the New England Patriots in exchange for quarterback, Jacoby Brissett. Brissett did an adequate job in his first start against the Cardinals nearly pulling off an overtime victory. The next was his best of the season posting a QBR of 94.3 on the way to a 31 – 28 victory over the Browns. A rookie RB also emerged as Marlon Mack flashed the talent that got him drafted in the 4th round. We didn’t get to see much of Mack as the Colts made a point to get Frank Gore as many yards as possible near the twilight of his career. Mack possesses the speed and quickness that the next HC will covet.

Brissett is an important addition when Andrew Luck’s injury history is taken into consideration. A spot starter of his caliber can move the team forward in Luck’s absence much like Case Keenum in Minnesota. This should give Colt fans comfort as the team moves on to 2018.

Gene Clemons: What Went Wrong with the 2017 Colts

Andrew Luck was injured and since we still don’t understand what really happened, his rehab was apparently mismanaged and they lost him for the season. In the minds of the Colts front office, coaches, and fans the season was lost and they performed as such. 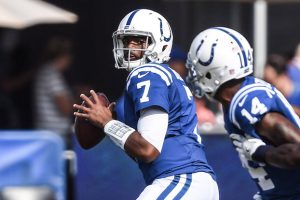 with Jacoby Brissett. The problem was early on they treated him like a stopgap guy and by the time they realized Luck wasn’t returning, it was too late to make a playoff run.

The same offensive issues that plagued Luck reared its head with Brissett under center. The offensive line play was shaky and injured most of the season. The receivers were inconsistent and the defense had a difficult time holding leads.

Head coach Chuck Pagano shouldered the blame for a front office not properly preparing for a season without Luck and it became evident early on that this would be his last season in Indianapolis. News like that routinely ends with a top five draft pick.

Malik Hooker has Ed Reed potential and he displayed his range as a center-fielding safety prior to tearing his ACL and MCL in Week 7 versus the Jacksonville Jaguars. Cornerback Quincy Wilson is a smart player whose football instincts and football intelligence make up for what he might lack in raw athleticism. The Colts fourth-round pick is now a member of the Cleveland Browns but with their second fourth-round pick they selected running back Marlon Mack who has the potential to be an every-down running back in the NFL. Fifth-round pick Nate Hairston was the surprise of the bunch posting 34 tackles and intercepting Marcus Marriota in Week 6.

Turron Davenport: Where Do the Colts Go From Here?

The Colts are another team that is moving on from their head coach. Some are connecting Michigan head coach Jim Harbaugh to the team that he once played for. While that seems like a chapter from a fairy tale book, it’s definitely possible.

If Harbaugh is their guy, they will surely keep Andrew Luck as their quarterback whenever he is fully recovered from his injury. The franchise will have a decision to make on Luck. Do they want to trade him to a team that is desperate for a quarterback, which would net a 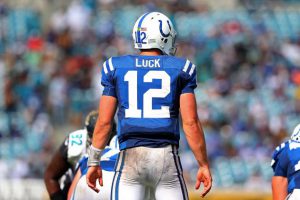 first round pick and more?

Jacoby Brissett gave them a chance to win despite trademark poor offensive line play and not getting to Indianapolis until September. Having Brissett in place instead of Luck seems like a crazy thing, but let’s not forget Patriots offensive coordinator Josh McDaniels is a candidate for the head coaching job in Indianapolis.

McDaniels and Brissett were together in New England before Brissett was traded to the Colts. Either way, Indianpolis needs to invest in the offensive line. They can do so early in the draft by taking Notre Dame guard Quenton Nelson. Nelson immediately helps the running game and will improve the pass protection.

Some will say No. 3 overall is too high to take a guard, but looking at the grand scheme of things, the pressure that quarterbacks hate the most comes from the inside. Guess which position is directly responsible for not giving up interior pressure?

Indianapolis could also use a pass rusher as well as a cornerback to bolster the defense. The draft should yield a talented pass rusher with their high pick each round. They could make a play for a free agent such as Malcolm Butler or Trumaine Johnson if they become available.

What We Thought About the Colts Entering the 2017 Season