Chris James: What Went Right for the Giants

At first glance there appears to be very little that went well for the New York Giants in
2017. The team’s best player, Odell Beckham Jr., was injured for the season in October. Then long-time quarterback Eli Manning was benched ending his consecutive starts streak at 210. The final situation was ownership cleaning house by firing general manager Jerry Reese and head coach Ben McAdoo. Again, these things all seem negative on the surface but we must look deeper. 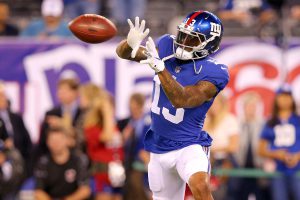 The Giants were in a situation where they needed to produce immediately (Superbowl or bust) or completely blowup the situation. Anything resultant that differed from those two scenarios was a negative for the Giants. Now they will begin the season with a healthy OBJ, a player that is likely to get a new contract done in the offseason. The team also has the chance to acquire a GM that will hire a coach that fits his vision. The Giants also have the #2 pick locked up. The Giants can bring in a quarterback of the future and alleviate themselves of Eli Manning’s contract. They also have talented, young players in tight end Evan Engram and running back Wayne Gallman.

The negatives of 2017 will help usher in a fresh iteration of the New York Giants. The on-field product had become stale over the last half decade, but fans have a reason to look forward to 2018.

Gene Clemons: What Went Wrong for the Giants

Many will have you focus on coaching and front office issues when you start asking questions about what went wrong with the Giants in 2017. Well, there’s enough blame to go around in those areas, the true issues for the Giants were on the field.

NFL teams don’t do a good job of overcoming injuries. The loss of an entire receiving core 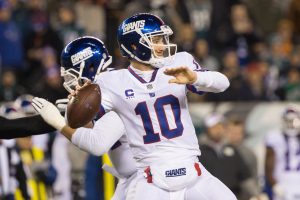 would signal top five draft pick for almost any team in the league, so there’s no surprise the Giants will find themselves picking there. There was such hope for this group coming into the season with talents like Odell Beckham and Brandon Marshall as a one-two punch; they would have been a handful for any defense.

Eli Manning was “Bad Eli” this year. It’s something we’ve become accustomed to while watching the Giants. Even when his receivers were healthy, Manning did little to make us believe he would get the most out of his weapons. Manning threw for just under 3500 yards and 19 touchdowns. He was also picked off 13 times. He was never held accountable for his substandard play, instead everyone else involved with the organization was left to bear the blame for the season. 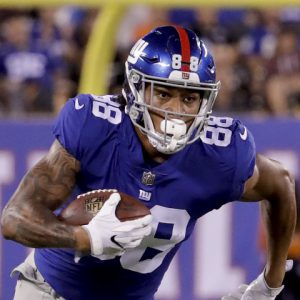 If the Giants’ quarterbacks were given more time to throw the football, rookie tight end Evan Engram could’ve easily gone for over 1,000 yards on the season. Despite playing in less than ideal circumstances as a rookie, Engram still managed to put up 722 yards and six touchdowns on 64 receptions. Second-round pick Dalvin Tomlinson figures to be a entrenched as the Giants starting defensive tackle for years to come as a result of his ability to remain stout against the run. After Engram and Tomlinson, the Giants got little help from its rookies as selections of quarterback Davis Webb and running back Wayne Gallman did not pay dividends in 2017.

Turron Davenport: Where Do the Giants Go From Here

The Giants just finished one of the worst years in franchise history. Having fired head coach Ben McAdoo as well as GM Jerry Reese, they get an opportunity to wipe the slate clean in 2018. The first task will be to regain order in the locker room.

Plenty of players checked out late in the season. The culture of losing has to be eliminated which means they need to bring an enforcer in as head coach. New GM Dave Gettleman 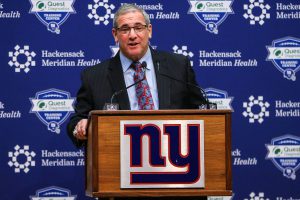 has already served notice by releasing right tackle Bobby Hart and Ereck Flowers could be next.

This team is not too far off. Some will suggest drafting a quarterback but that depends on who they bring in to be the head coach. They should give Vikings offensive coordinator Pat Shurmur strong consideration. Shurmur’s scheme relies on short precise passes to receivers that can get yards after the catch which is a perfect match for Eli Manning and the Giants receivers.

The decision on Manning will determine whether or not New York is reloading or rebuilding. If they elect to keep Manning around, they can add talent to the offensive line with their No. 2 pick which would be an ideal spot to take either Texas’ Connor Williams or Notre Dame’s Mike McGlinchey.

Manning still has a talented group of receivers that will be boosted by the return of Odell Beckham Jr. Signing Beckham to a long-term deal is a necessity. Sterling Shepard is developing into a serious threat as a slot receiver while Roger Lewis and Tavarres King both proved they can be options on the outside. Evan Engram is already one of the top pass-catching tight ends in the league.

The defense is still in good shape with their front four being a strong point. The Giants would be wise to pursue a linebacker via free agency or the draft. The secondary can still be good, led by safety Landon Collins.

What We Thought About the Giants Going Into the 2017 Season