It’s Bigger Than a Position Switch 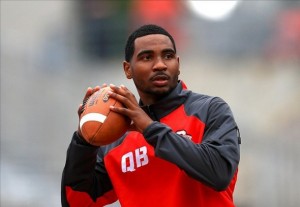 When the news first broke that Braxton Miller was planning on a position switch from quarterback to wide receiver, the initial reaction was troubling. Remember, this is not just a run-of-the-mill quarterback hopelessly clinging to a job he should have lost, this is the 2-time Offensive Player of the Year in the Big Ten. A young man who led his team to an undefeated season and was regarded as the most dynamic quarterback in college football.

The news of the switch was met with the amount fanfare that would of lead you to believe Braxton Miller was destined for the Pro Football Hall of Fame as a wide receiver; but the comments that followed were far less encouraging. Statements like, “he has a chance to be an NFL player now,” “he has made himself into a mid-to-late round draft pick,” and he has a “greater chance for success” by playing a position he has never played in his life and at the absolute highest level were prevalent.

It was tempting to run off a 700-to-1000 words article bashing the industry, the NFL, and 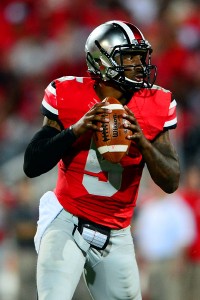 every Tom, Dick and Harry with a pen, twitter account, and opinion for thinking that a guy who spent his life dedicated to learning the quarterback position and performing at that position at the highest level, should now abandon that for a “chance” at the NFL. It is as if the NFL isn’t full of guys who are not truly equipped to be NFL quarterbacks. Why should Miller not be afforded the opportunity to fight for a spot and fail if that’s his fate like every other below mediocre signal caller still carving out impressive careers as a clipboard holder? Why is it so urgent for a guy who has had nothing but success as a quarterback to move to another position?

Now one can only speculate, but when Braxton Miller dreamed of being in the NFL, he didn’t dream of catching passes from Brett Favre or Michael Vick.  He dreamed of being Brett Favre or Michael Vick. He’s been doing a magnificent job of making that dream come true. But now, without ever seeing him play the position, a bunch of guys, many more concern about numbers that only really matter in fantasy football, have decided that he’s better equipped to play wide receiver.

Needless to say, I was infuriated and I thought about expounding on the imbalance of black quarterbacks being told to switch positions and trust me that’s coming later. I wanted to engage in confabulation with young black quarterbacks and give them some words of wisdom about how to beat a system that I clearly believe has two sets of standards.

Then I thought, wait, this is on Braxton isn’t it? 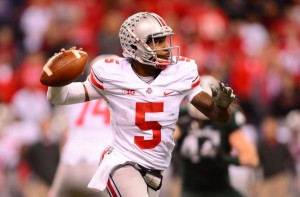 There are two narratives to this story: either Miller can no longer throw; which if that’s the case and his shoulder is that bad, he should give the game up, or more disturbing, he was never prepared to go down with his ship.

The quarterback position is the only one in football that takes years upon years of skill development just to function. It’s a position that requires a doctoral-level of expertise to excel in the NFL. That type of dedication should never be thrown away for the “opportunity” to “try” another position in the NFL. One should use those years of perseverance to strive for what they want, or die trying. 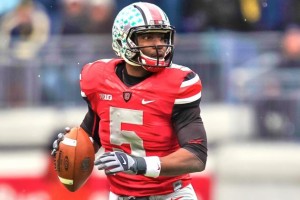 their white contemporaries? One is compelled to say no out of sheer hope. The notion that black quarterbacks are whimsical and flaky about playing the position, the belief that they only care about making money and not how it’s made, is as unfathomable as the country being run by Donald Trump.

So then why Braxton? If he can no longer throw, he should just come out and say it because that would kill the entire debate and force his believers, even if it’s the right to fail, to latch onto another narrative.

This is an opportunity for Braxton Miller to stand up and be counted on far beyond the football field. He has a chance to inspire all those young black quarterbacks that are being called “ATH” or athlete on their recruiting profile. He can inspire young black quarterbacks to refuse to line up at wide receiver, defensive back, or running back. He can be the beacon that guides them towards a full on commitment to a position that needs that type of decision to be successful.