Chris James: What Went Right with the Jets 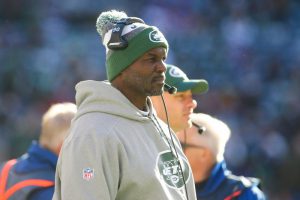 First and foremost, the Jets won more than a quarter of their games. This was an accomplishment that not many analysts, including myself, thought the 2017 Jets would pull off with their preseason roster. The defense looked good throughout most of the season, as the addition of two stud safeties allowed for Todd Bowles to run his intended scheme. Rookies Jamal Adams & Marcus Maye were the Jets’ first two selections respectively and they didn’t disappoint.

The offensive side of the ball got much need leadership in journeyman quarterback Josh McCown. There were weeks when he looked like a top 10 caliber signal caller. The Jets also found a gem in wide receiver Robbie Anderson who continues to refine his skills as a viable starter. Value was added opposite of Anderson with the acquisition of Jermaine Kearse, a veteran with a Superbowl ring.

The thing that went the most “right” for the Jets was how the players performed for head coach, Todd Bowles. There were rumblings of him being fired if this didn’t go well in New York. Instead we go a team that laid down in exactly zero contest during the 2017 season.

Gene Clemons: What Went Wrong for the Jets

The Jets came into the season with no hopes of the playoffs because of the decision made at quarterback. They decided to go with the guy who has been given every opportunity to 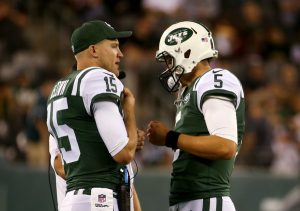 be a starter in the league and failed, a guy who’s probably a career backup, and a guy who looks like a quarterback but plays like someone who should not be in the league.

Josh McCown played okay for Josh McCown. But inevitably, anyone watching can tell that he’s a guy who’s better suited as a stopgap rather than a solution. When he injured himself and they turned to Bryce Petty, it was evident that he was competent enough to be in the league, however, not talented enough to be a starter. Third string quarterback in Penn State alum Christian Hackenberg, was clearly so bad that the coaching staff felt no need to even give him minutes in a game.

The Jets won five games despite this obvious fail by its front office, which begs the question, would they have been a playoff team in a rather weak AFC if they have pursued a starting quarterback? How can the Jets fan base have any confidence that they will turn this high draft pick into a franchise quarterback, when they have been unable to do so over the last few years when there have been plenty to choose from? 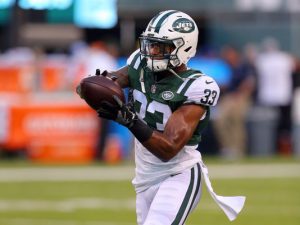 The Jets found a gem in first-round safety Jamal Adams who will be a perennial Pro Bowler. They took safety Marcus Maye in the second round who produced 78 tackles and two interceptions, and is seemingly a nice compliment for Adams. New York also found a talented running back when they selected Elijah McGuire in the sixth round. Outside of that, the only other rookie who received significant playing time is undrafted long snapper Thomas Hennessy out of Duke.

Turron Davenport: Where Do the Jets Go From Here?

The Jets wisely brought back Todd Bowles to be their head coach. He wasn’t given much to work with on offense but still fielded a team that competed every week.

Offensively, they need to find a quarterback as well as other playmakers on offense. Robbie Anderson established himself as a legitimate playmaker. Complimenting him with another 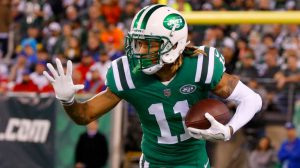 receiver in the draft or free agency would be a good move. They should look at adding a player to work the slot such as Jarvis Landry or Jordan Matthews.

A running back needs to be added as well. Carlos Hyde would be a solid addition via free agency. Before all of that happens, they need to solidify the quarterback position.

Bryce Petty and Christian Hackenberg simply aren’t the answer. At 38 years old, Josh McKown doesn’t have many years left but should be kept around regardless of whether or they get a quarterback with the No. 6 pick.

If they do draft a quarterback, he can compete with McCown for the starting role and eventually beat him out. If they don’t, he can bridge the gap until they find a quarterback to build around in the future. It will also be important to add to the offensive line. A player such as left tackle Chukwuma Okorafor from Western Michigan or Martinas Rankin from Mississippi State could be an option in the top of the second round.

The defense is in really good shape. Being as though Bowles has a defensive background, his focus is on the defense. The secondary is in decent shape, led by safeties Jamaal Adams and Marcus Maye. They’ll need to look at cornerback in the draft and should strongly consider bringing back free agent Morris Claiborne.

It’s all about playing complementary football in New York. They need to get the pieces in place to win with either a young quarterback via the draft or one that can’t be expected to win such as McCown.

What We Thought About the Jets Entering the 2017 Season